Described as ‘The most successful jewel thieves in the world’, by themselves, the Pink Panthers have caused a major disturbance in some of the world’s most affluent cities. From Geneva to Tokyo, London to Dubai, diamond dealers and jewellers shiver at the name, having already been robbed of over $330million worth of products it’s easy to see why. Despite all this Smash and Grab: The Story of the Pink Panthers does not feel like a tale of good versus evil, it almost feels like a Robin Hood story, although stealing from the rich to give to the poor isn’t quite the same when the poor is yourself and yourself is becoming increasingly rich. That said when a senior detective of Interpol describes how he finds himself respecting them it is hard to disagree. Not only is Smash and Grab a stylish and unprecedented look into one of the most triumphant criminal gangs in world history, it is also an insightful and solemn report of how the tragedies in the Balkans during the 1990’s turned a golden generation into a criminal one. 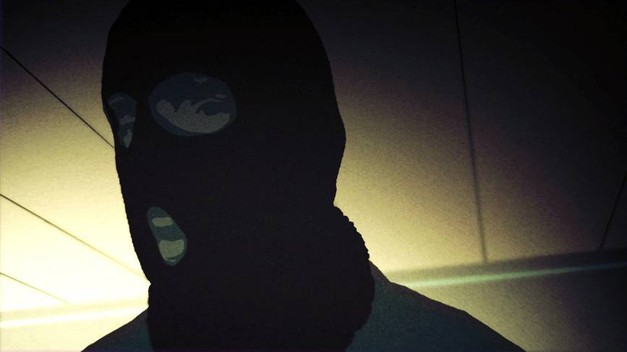 An intense expertly crafted techno score, sound-bites of all varieties, security camera footage and talking heads blended with cutting edge animation means Smash and Grab is no ordinary documentary. Outside of its highly informative core it resembles an unusual but absorbing mix of Richard Linklater’s trippy A Scanner Darkly  and Steven Soderbergh’s cooler than cool Ocean’s 11. It satisfies the desire for a slick heist movie with its detailed descriptions from gang members and wonderful editing by Joby Gee. Scenes are seamlessly spliced together, moving from animation to video footage without necessarily changing the conversation and the juxtaposition of cheesy Yugoslavian and American advertisements with shocking jerks into harrowing scenes of death and destruction allow the film an almost flawless skin.  All the while Simon Russell’s atmospheric score dictates the films tempo and changes bland documentary into something altogether more thrilling.

Remove the faultless exterior and Smash and Grab does something not always expected, it moves and informs, casting a new light upon a situation that has been well documented but not from this angle before. The film studiously goes over the Balkans story from the beginning to the point where the rock and roll opening segment introducing the Panthers is almost forgotten. Just before that brink is reached however the story swings back to the infamous gang, introducing courier ‘Lucky’ to go along with Mike and Lela who are members introduced right from the start and do most of the talking, via animation and actors of course as their real identities need to be kept secret from the authorities. The Panthers talk with a swagger, nothing fazed the group as a whole, if there is a target worth taking anywhere in the world “we can be there.” That said there is something to say for the personal stories of Mike and Lela, we hear tell of fear, disillusionment, paranoia and poverty, some of which will never end. Living such a high stakes life means the risks are high and while Lela has made a new life Mike lives in constant dread that he is being watched. Their life may be lavish but there are obviously considerable drawbacks.

Mike makes an interesting comment about their work, describing how he doesn’t understand why people like diamonds. Despite his 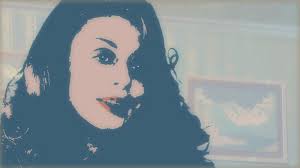 own personal wealth he is not a materialistic person, he is just a man who found himself in desperate circumstances and the only offers he got were to learn how to crack safes. Lela is an interesting character too, she explains her poor upbringing and how she was sent to Germany and after working on the bar in a restaurant became dazzled by the expensive gifts laid upon her by men she later found out to be criminals. They tell these stories entwined with their absorbing accounts of some of the more intrepid heists they have been involved in creating an engrossing narrative.

Both Mike and Lela come from the deprived background exposed in director Havana Marking’s focus on the effects of trade embargos and ethnic cleansing in the former Yugoslavia. The Interpol detective explains how they got on the Panther’s case after Jewellers in Monaco began to push for them to do more to tackle this obtrusive gang who dare to disturb the lives of opulence and consumption enjoyed in the principality. Marking has weaved a tale so intelligently that the detective’s statement produces anger that wealth can buy such justice when just 800 miles away in Sarajevo and Belgrade wealth is only found by corrupt officials and those willing to forsake their morality. In the end, are they any different from those who deal in blood diamonds from Sierra Leone? Marker doesn’t answer this question but asking it is bold move and Smash and Grab is nothing if not audacious.