Fire In The Blood DVD Review

This is what documentary is all about, passion, resistance, a voice for the voiceless. Of course many superb documentaries do not adhere to this style but finding a firebrand champion of a hidden cause who pulls off a consistent and engaging flow is like striking oil in your back garden. Conveniently released around the same time as Matthew McConaughey Oscar vehicle Dallas Buyer’s Club, Fire in the Blood, is a war cry against the pharmaceutical companies that profit as millions in the developing world died from the AIDs virus. Director Dylan Mohan Gray sets his stall out early, condemning the lack of humanity shown by these greedy capitalists. With William Hurt as narrator to add an authoritative voice, Fire in the Blood is a composed and clear message, supporting the victims of AIDs and decrying the system that failed them. 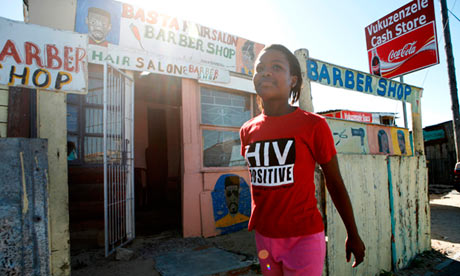 Fire in the Blood is laden with expert talking heads, from Bill Clinton to AIDs activists from around the world, even to former World Bank chief and Nobel Prize winning economist Joseph Stiglitz. This film is thorough, bemoaning the humanitarian crisis is not enough; exception must be made to the vast amounts of corruption and collusion that allow the continuation of monetising health and charging for life. A former vice-president of a pharmaceutical company explains how these corporations pull the strings of government. Myths about reinvestment of profit into research and development are dispelled and the filmmaker even finds time for a dig at the Bush regime, untimely yet important. It is a keen analysis on corporate greed and the ravages of unfettered capitalism.

Yet there is balance, a true sign of a great documentary. Though the wait for this balance is long, Gray presents the arguments the pharmaceutical companies make before making moves to disprove them. Filmed over four continents with a superb mix of archival footage, talking heads and affecting images, Fire in the Blood never forgets the human element, consistently reminding the viewer of the victims that lie behind the numbers. 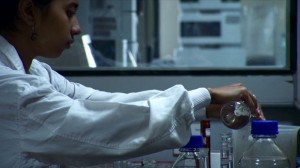 The final chapter of Fire in the Blood tells of how big pharma fought back against the opening of markets for cheaper generic drugs. This leaves the film intriguingly open-ended in an attempt to inspire more to rally to the cause. Certainly Gray makes no attempt to hide this as his score guides swelling emotions from anger and despair to hope in an all-guns-blazing effort to stop what he terms “genocide by denial”.