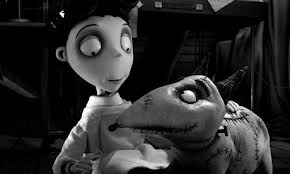 Tim Burton’s star has been on the decline in recent years and his insistence on including Johnny Depp in absolutely everything he does has caused widespread exasperation. He has become a parody of himself with duds such as Charlie and the Chocolate Factory (2005) and Alice in Wonderland (2010). His form has been decidedly patchy since the turn of the millennium so it may have come as a relief to some that he was returning to his animation roots and to an idea he originally devised in a short film back in 1984. Although Frankenweenie hardly blows the doors of the way The Nightmare Before Christmas (1993) did, it is a stark improvement from this year’s Dark Shadows, a ill advised attempt to recreate the television show of the same name on the silver screen. So a tentative welcome back to Tim Burton is due, not too loud though lest he be startled and runaway again.

Something just as welcome as Burton’s return to form is the visual experience of Frankenweenie. Not only is the stop motion animation wonderful but the decision to shoot the film in black and white creates a tonal narrative. Sombre and desolate is the suburban landscape in which Burton’s story is told, reflecting the bleak nature of the central themes, although he does acquiesce to light a fairly light hearted conclusion. 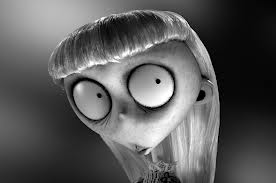 Victor Frankenstein’s (Charlie Tahan) best friend is in fact his dog Sparky. The bright young man seems devoid of human friends and instead dedicates his time to scientific pursuits and creating low budget disaster movies starring Sparky as a preposterously dressed quasi-dinosaur. When Sparky is struck by a car as he chases a stray ball onto the road, Victor’s world is a crushed as his poor pooch. But fear not, the young genius devises a way to bring his beloved dog back to life. Others catch on however and soon some of the other kids are attempting to bring their own deceased pets back to life with disastrous results. 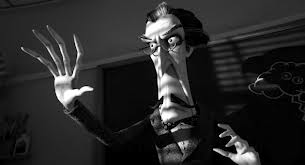 Frankenweenie may encourage a new legion of depressed teens to fall in love with Tim Burton again. His world of morose occupants mimicking horror stalwarts such as Edgar ‘E’ Gore (Atticus Shaffer) is only interrupted occasionally by frustratingly jubilant music from the interminable annoyance Danny Elfman. The film is a mix of nostalgia and reverence but with a charming macabre humour perfectly exampled during the shadowy surgical procedure undertaken by Victor. Older viewers may lose track of the number of references as they begin to verge into the tedious and younger viewers may find the plot just a little too dull to fully engage as the film never reaches the peaks the preambles suggest it was capable of. Instead it ends with a disappointing lack of flourish leaving the experience slightly underwhelming. Whereas fellow stop-motion flick ParaNorman ended with magnificently vibrant creativity, Frankenweenie fizzles out with saccharine. A Burton film to like but not to love, but then it has been a while since we could say that. 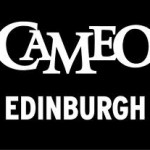