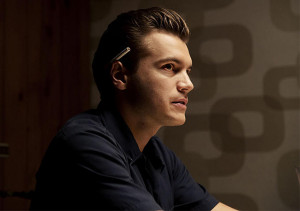 He may be twenty four but Craig Roberts is making a killing as an awkward teenager. His youthful appearance is leading him to land similar roles in a number of low-key but engrossing films, and when he performs to the level he does, who the hell cares.

Uncomfortable shuffling comedy is his style, most notably perfected in his breakout out turn in Richard Ayoade’s Submarine. Now he has thrown his cap into the ring of writer/director, and his debut is both assured and inventive.

Just Jim sees him adopt a character not too dissimilar to that in Submarine but for a debut it seems fair to stick to what you know. Jim is quiet and awkward, one of those well-filmed types who doesn’t fit into any social category. Robert’s skilful writing portrays him as an entirely sympathetic character whilst the script remains sharp and funny. 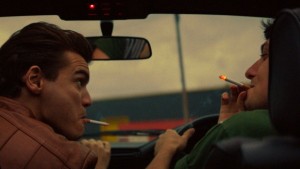 The story sees Jim’s relatively dismal existence in Wales interrupted by the arrival of roguish American, Dean (Emile Hirsch), who promptly tries to help Jim out of his social malaise. It’s all a bit been done, but that doesn’t stop Roberts and Hirsch being a fascinating screen duo. As Dean’s influence spreads to Jim’s parents, the new man’s past begins to subtly surface and Jim’s resurgent status is threatened.

Though not particularly unique in story, Roberts makes up for this by producing and imaginative display of visuals, showing the breadth of his influence and creativity. Sometimes darkly real or humorously surreal, only the mildly violent end feels out of place in an otherwise playful and thoughtful piece of cine-literate fun.