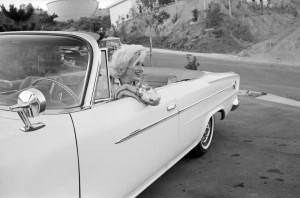 A compelling and beautifully made documentary, Love, Marilyn, is a touching and emotional tribute to one of Hollywood’s young fallen stars. Marilyn Monroe; blond bombshell, sexy, dim – these are all the ways in which most of today’s audience know and remember Monroe, who spent a huge amount of her career being told what to do and who to play by executives. They saw a blond with boobs, and she was a shoe-in for these sorts of roles, but director, Liz Garbus wants to dispel the myth and try and understand the woman behind the characters. In Love, Marilyn, the audience are given a chance to discover the real Monroe – an ambitious, clever, logical woman, who wanted to be taken far more seriously and wanted to succeed where women like her had previously failed. Based upon Marilyn’s very own writings, diary entires, poems and letters, a whole cast of contemporary stars look at bringing to life the woman who few really knew.

As the story goes, a number of years ago the family who look after Monroe’s estate came across writings by the woman herself, that had 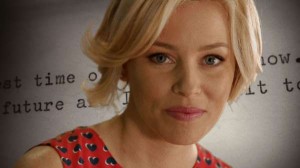 previously never been discovered. In these writings were diary entires that covered a whole multitude of things; her marriages, her ambition to become a big movie star, how hard she worked on her acting skills, her gradual depression and her urge to also learn and know more. These entires could and have changed the perception on one of the world’s most famous film stars, who died at the young age of 36 from an apparent drug overdose – was this really what happened, asks the start of the film, we really won’t ever know.

Featuring a cast, that most film directors would kill for including Elizabeth Banks, Ellen Burstyn, Glenn Close, Viola Davis, Jennifer Ehle, Lindsay Lohan, Lili Taylor, Uma Thurman, Marisa Tomei, Evan Rachel Wood, Adrien Brody, Hope Davis, Ben Foster, Paul Giamatti, Janet McTeer, Oliver Platt and David Strathairn; Love, Marilyn puts a voice not only to the woman who really helped change the face of cinema through films like Some Like It Hot, How To Marry A Millionaire, The Seven Year Itch and Gentlemen Prefer Blondes but also to those who she worked with during her short career including Billy Wilder, Natasha Lytess, Truman Capote, Gloria Steinem and Norman Mailer. 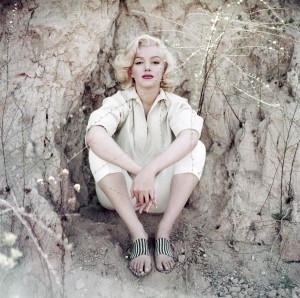 To the casual viewer, the above could just seem like a long list of names, some are known and others unknown but really what Garbus has done so beautifully well is bring to life a history, which should and needs to be told. Those who simply know the name Monroe – to the most dedicated cinephile will find something in this film, a film, which spends it’s time challenging perceptions and opening out the vast and intellectual mind of Monroe. It is clear from those taking part in the project, that they each owe Monroe something so important and integral to their own careers, that their love shines through in this film and in their readings. Certain performances like those from Close, Thurman and Tomei stretch the imagination even further, allowing the audience to really believe the words coming from their mouths were written by Monroe years and year earlier. Clever choices were also made, including someone like Lohan, who in many ways, seems to be a modern Monroe, through her media and celebrity personality.

In between the readings, the documentary fills the gaps between the entires with an easy to digest history of Monroe’s life; from her growing up, leaving her small town behind to become an actress, joining FOX, taking acting classes and information about her two marriages. This film doesn’t assume the audience know anything but at the same time doesn’t give too much information either, which makes it comfortable and interesting to watch. It doesn’t rely upon the old fashioned talking head and instead replaces it with the often powerful readings from Monroe’s own entries.