The Look of Love DVD Review 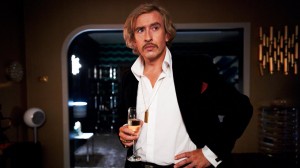 Steve Coogan’s pet project looks at a man, Paul Raymond, who is similar to Coogan in that he is a self-made Northerner who finds great success in the entertainment business. There the similarities end. I had never heard of Paul Raymond before or if I had in passing never knew much about him (turns out neither did Anna Friel who plays his wife Jean), but the return pairing of Winterbottom and Coogan (who had previously worked on A Cock & Bull Story, The Trip and 24 Hour Party People) was enough to make me think this film would at the very least be watchable.

Turns out Raymond the ‘King of Soho’ has a fascinating story, one that starts in late 50s Soho, rendered in an atmospheric monochrome in the film, with the opening of late night establishments featuring risqué dancers. He was one of the first British men to exploit the emerging adult entertainment industry, and with the help of his feisty choreographer wife Jean (Friel), created popular topless shows (that he constantly and comically insists are “not pornography”) that courted controversy and press. In one of the first scenes we see Jean suing a tabloid in court for claiming she was topless (the scene also featuring a comical cameo from Stephen Fry, one of many cameos from British comedians in the film). For Raymond no press was bad press, quoting Oscar Wilde’s famous quote, “the only thing worse than being talked about is not being talked about”. 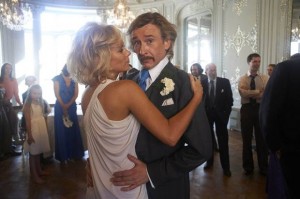 the end of his life in the 90s) when he proudly shows off all his many properties around Soho to his wondering grand-daughter. He is also in the habit of constantly reminding people that he started off with “five bob in his pocket” when he first came to London, whenever he is asked any awkward questions or apropos of nothing.

The fact that he eventually becomes the richest man in Britain is however overshadowed by the relationship he has with his daughter Debbie (played with brilliant vibrancy and sensitivity by Imogen Poots). It is his daughter who he loves so much and expects to be his heir that makes Raymond a more fascinating and complex character who could otherwise easily get grating with his fur coats, constant affairs and divorces, threesomes and Ringo-designed bachelor pad. 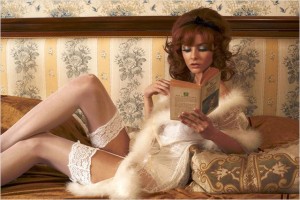 Debbie is a spoilt and vulnerable girl used to having her cake and eating it literally. In one of the first scenes with her and Raymond she orders a load of cakes in a bakery owed by Raymond and instead of sharing them with her fellow classmates eats them all. She soon gets caught up in partying to excess and trying to make it as a singer despite her limited vocal ability with tragic results. She is introduced to cocaine by Raymond’s For Men Only magazine editor Tony Power (a great energetic performance by Chris Addison in an afro wig) after being disappointed by the poor reception of her debut show. And soon she is addicted, while Raymond irresponsibly looks on only commenting that she should only get the “good stuff” and even giving her  a line (“just a small one”) while she is in hospital giving birth. But we know that Raymond loves her from the interviews with Debbie telling of calls at 3am where Raymond puts her back together, and we see the affection of giving her a show. And we see the eventual pain felt by Raymond of her loss from a heroin overdose. He must surely blame himself but that is not shown too much in the film (a slight failing) only the pain in his face registered so well by Coogan in the 90s set scene.