Not being au fait with Alain Resnais’ previous work, coming to what appears to be the 90 year old directors swansong without historical context proved a daunting prospect. Not knowing anything about the director’s style induces trepidation, especially if said director, despite having acquired auteur status, is not widely talked about. Being unable to compare to the filmmakers canon leaves the film completely open to interpretation, sending beads of sweat hurrying from a furrowed brow. Fortunately the film is both excellent and easily understandable without context so can act perfectly as a first venture into the unexplored world of Alain Resnais. 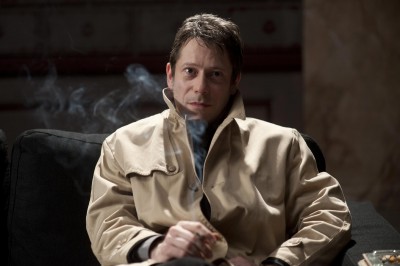 You Ain’t Seen Nothin’ Yet is a defiant last strike from a long revered master. It serves to show that a man of his age can still produce superbly moving, thought-provoking and visually dynamic cinema. However, there is another way in which this film acts as a bold statement for a medium which in itself is starting to be considered a little long in the tooth by much of the younger generation, that medium is theatre. Adapting two plays by famous French playwright Jean Anhouilh, Resnais attempts to prove that they still have worth. Although proving this through the entirely more popular art of film may seem a touch discordant, the performances of Resnais regulars such as Mathieu Almaric, Sabine Azema and Pierre Arditi transcend arguments of form and expose the power of theatre style acting. 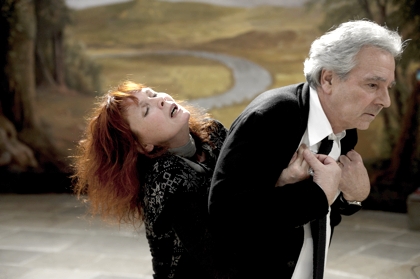 Resnais uses the plays Eurydice and Cher Antoine to compose his play within play within a film. A host of actors are brought to the mansion of deceased playwright Antoine d’Anthac to view a performance of one his plays. The performance is by a young acting troupe and it is shown to the elder actors on a large cinema screen in d’Anthac’s stately home. As the play continues on the screen the actors, who had all previously played these roles for d’Anthac, start to act out the scenes together in a dreamlike haze. Through the hypnotic repetition of blurred images it becomes hard to distinguish imagination and reality. The actors form a montage of powerful moments, moving between their separate encounters and the film being played for them. As each act ends, a hazy reality is restored with the feeling of waking from a long vibrantly dream filled trance. 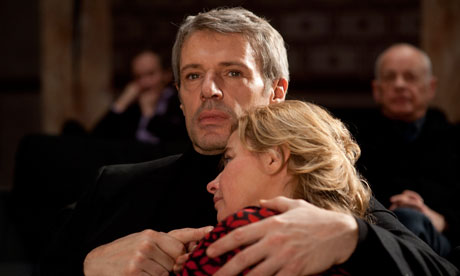 The play is one of love and loss with emotions running high, as homage to theatre there could be no greater example. The respect for the material is easy to see but the devotion to the fine art of acting and staging is tenderly explored with a camera and captures the intricacies of performance. The elder actors bring an experience to the parts they play that is incongruous with the play itself. Eurydice is about two young lovers, yet the pain and misery on display is more profound with age. You Ain’t Seen Nothin’ Yet is an ode to the stage and its ability to vigorously discover love, memory and death over and over again. Resnais is signing off with a piece that reflects overwhelmingly on life and the stage.