NOW: In the Wings on a World Stage DVD Review
Home
DVD/Blu-Ray

NOW: In the Wings on a World Stage DVD Review 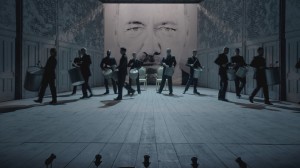 Unfortunately it remains to be seen why NOW: In The Wings on a World Stage was actually produced – this doesn’t take away from the interesting and immense nature of the production itself (Sam Mendes’ Bridge Project saw the group tour the world over, giving around 200 performances of a thrilling new adaptation of Richard III) but rather leaves the burning question of why it was felt a 90 minute documentary was needed as well. This is taking into consideration that the film premiered this year (2014) whilst the tour took place in 2012 – so anyone that would have been interested in the production at the time would have either seen it or read about it extensively.

A documentary about some form of show or tour is not uncommon, but this seems like a blown up episode of The Southbank Show or The Culture Show, but without realising that it really is not much more than that. The film tries to depict each element of the production itself, something that if better thought out could have been interesting but instead it lightly jumps from one aspect to another – the audience are given some access to rehearsals and behind the scenes, mostly with voice overs talking about something different from what is on screen. Whilst the film tries to look at the story itself, how the actors came to the production and the various makings of this record breaking tour, it quickly breaks down into the actors waxing lyrically about their time together and what their thoughts are of one another; something, which frankly wasn’t interesting. 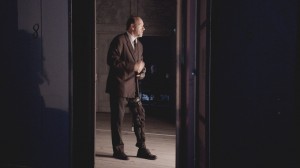 moments where the production tries to immerse with the culture; but whilst a larger discussion could have been had about the cultural importance of the play itself and the project, these are only lightly touched upon. So rather than chatting about why Richard III works across the world, NOW is much more interested in flicking from face to face to try and embody how big the project was, with only surface details (save for the moments that Kevin Spacey’s costume was likened to Colonel Gaddafi and that he was caught during the production).

As the film goes on, the information that they are saying starts to really suffer as if 30 minutes in they realised that they had achieved what they needed to do. There are nice little titbits and information about the actors themselves, learning about how they psychologically prepared themselves for a tour of this size was interesting but frankly it wasn’t enough to capitative an audience for 90 minutes. It is a shame really, because this glorious and important chapter in theatre history could be marred by this self important and rather pointless telling of it all.