Although not as widely known as the French New Wave, the Czechoslovak version is incredibly influential and still has much to offer the cinephiles of this age. Second Run have released a choice selection of the most highly rated works that also show a variety of styles on display during the era. 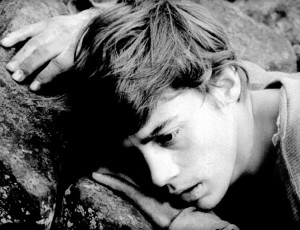 At first glance, Diamonds of the Night looks like it is a film from the distant past. Filmed in 1964, it is fair to say that it is in fact a film from the distant past but when compared to Sidney Lumet’s Fail Safe released the same year, the differences start to tell. Diamonds of the Night is raw visceral cinema, near silent, intensely focused on the use of image. Though it lacks colour it certainly does not lack emotive power and though there is very little dialogue there is very much a narrative force.

Jan Nemec’s adaptation of Arnost Lustig’s novel Darkness Has No Shadows tracks two young Czech men who have escaped from a German prisoner train and are now forced to make their way across difficult and unfriendly terrain to find some sort of solace. Nemec watches them struggle through thickets and forest with long tracking shots and following with violently moving close-ups allowing the struggle to become part of the viewing experience.

As the boys traverse the German countryside, the need for some history or perspective is fulfilled through flashbacks leaving the dialogue spare, a mere twenty lines or so. Lustig’s novel has been stripped to the bare bones with words replaced with focus on the faces of the escapees. The juxtaposition of images, a boy’s sorrowful face followed by the events leading up to their subsequent crises contains more power than words may be able to muster at that juncture. Striking images leave much of this film burnt into the minds-eye. Look out for a Lars Von Trier cue in a Bunuel inspired scene of biting ants crawling over the younger boy’s feet and hands. Imagination is mixed with reality as the boys’ desperation starts to set in and one of them contemplates assaulting a local resident to 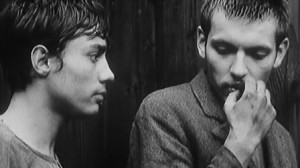 steal food. Disparity of sound and image add to the feeling of echoes and memory, like the entire story is something that has already happened.

Just 65 minutes long, Diamonds of the Night is a lesson in brevity to all filmmakers. It is a truly filmic piece of work and encapsulated in its short time are feelings extreme anxiety, trust and fear. The sparse foreign land is terrifying for the young men and they have only each other to rely on. Seeing the youngest boy smile in a flashback is heartbreaking, because after an hour long struggle this is the first time the audience is reminded he is just a boy essentially, and that he is missing out on any kind of normal life. Nemec’s film is a masterpiece of Czech New Wave cinema that is as relevant today as it was in the 60’s, not for one moment does the content or style appear outmoded. Diamonds of the Night is something all film avids should see.

Just one year on from Jan Nemec’s Diamonds in the Night comes Ivan Passer’s Intimate Lighting, but the two could hardly be more different. Passer’s film is light hearted and kind, a witty glance into the lives of its subjects, never moralistic or knowing, instead treating them with care and passion. It is a subtle dramatic comedy that delights in simplicity and even finds time for the undemanding sight gag. Any fears about comedy crossing borders are allayed early on, making Intimate Lighting a thoroughly enjoyable romp, in which nothing really happens. 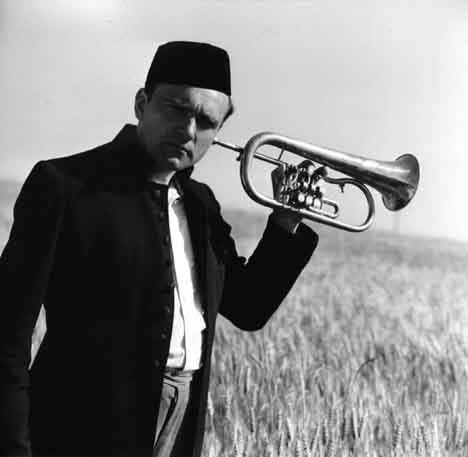 Accomplished musician Petr (Zdenek Bezusek) leaves the city to visit an old friend from the business, nicknamed Bambas (Karel Blasek), who lives in the country in a classic city cousin meets country cousin scenario. Petr brings with him his stylish girlfriend Stepa (Vera Kresadlova) to Bambas’ house that is built out bricks he receives doing musical favours for the locals. This clash of culture is by no means the crux of the film, merely a source of some of the light relief. The film finds more of its humour in the individuals than in broad thematic cues, exploring how they interact with one another and their environment.

There is some serious amidst the humour as Stepa, a young woman of considerable beauty, sees old and work-beaten women all around her in the countryside. The often harsh looking country life is punctuated by moments of eccentricity which lighten the heart; Bambas’ father is at the heart of many humourous observations about music and the amount bricks he can get for the house by playing at a funeral. A chicken leg is passed around the table as each person insists that another should be rewarded with the tenderest part of the bird. The whole party wait with glasses in the air for particularly thick eggnog to descend into their mouths; the surrealism of these moments adds humour to a subtly deep piece of work. 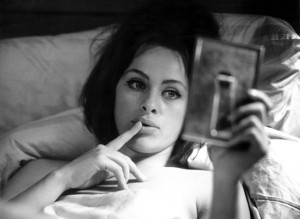 A scene wherein Bambas and Petr discuss life over copious amounts of homemade alcohol sums up the film in many ways. The passing of time and different lives the two have experienced since parting ways is a focal point of the dialogue. Each is missing certain things the other has; it is inevitable that both desire things about the others’ life. The discussion becomes ever more drunken and playful and in a surreal moment Bambas imagines himself and Petr leaving together to tour the country as musicians. Both characters are explored thoroughly but in a wonderfully light-hearted manner. Passer’s film is a joy to behold and is a highly influential work from the Czechoslovak New Wave. 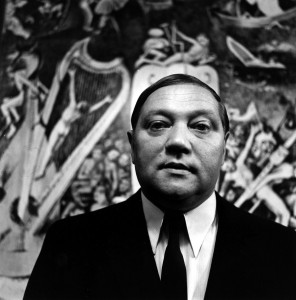 is almost the opposite. The Cremator is the third and final film in Second Run’s release but it is the second out of the three to be adapted from a novel. Although writer/director Juraj Herz wasn’t initially impressed with Ladislav Fuks novel but the pair got together anyway to create a screenplay that is, in a cinema strand famed for dark comedy, a highlight of the Czech New Wave and proves that a Crematorium may in fact be a perfect place for a few laughs and hallucinatory madness.

The Cremator follows the nightmarish dream world of Karl KopfrKingl, Rudolf Hrusinsky’s portrayal of whom is the beating black heart of the film. Hrusinky’s performance is utterly spell binding, from his ever present voice-over to his knowing smile, he is as cool as commanding as Dracula with just a bit of spiritual lunacy thrown in the mix to create his own memorable character. Hrusinsky’s role is one of subtle detail, never having much chance to demonstrably emote with this quietly deranged character, he takes his time to emphasize the distressing characteristics of a man who is widely respected in the local community.

Herz knows exactly how to frame Hrusinsky to encapsulate the downward (but really more of an upward) spiral on which he descends. Mr Kopfrkingl is the local cremator who works in his “temple of death” helping to free souls and let them “turn quietly to dust after the tribulations of life.” He is a man who feels spiritually connected to Tibet, more strongly than first imagined, and believes that he is doing Buddha’s work by helping people transcend to their next reincarnated form. The Nazi’s are beginning to expand from Germany and exert influence in Czechoslovakia meaning the population either rebel against them or become members of the party. Kopfrkingl uses the Nazi party to gain some power and exact some of his darker desires and he moves into a higher spiritual plain. 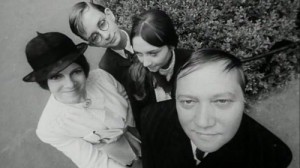 The film is a beautifully fluid collage in some respects as images flow strikingly but not harshly into each other, often with the effect of mixing imagination with reality creating a mesmeric and perplexing experience. Though the fish eye lens is used not sparingly enough in cinema, it fits in perfectly here, adding to the strange feel of the film. Horror entwines with subtle humour and the grotesque with an eerily haunting score composed by Zdenenk Liska. Like the other Czechoslovak films in this release, the juxtaposition of images shows an appreciation for the filmmaking art and helps to corrupt realistic images with surrealism.

Herz splices horrific scenes of the syphilitic victims Kopfrkingl had seen at a circus sideshow into the scenes of him visiting his physician. It is a superbly ugly moment that is also telling of the character and his view of illness as the weakness of society that must be expunged. The Cremator is contains a bit of both of the previous films in this collection. The visual imagination of Nemec’s Diamonds of the Night and the dark, subtle humour of Passer’s Intimate Lighting but Herz uses the comedy of nightmare and terror to give his film a unique identity. Full of images that are bewilderingly memorable, The Cremator is another masterpiece from this Czechoslovak benchmark era of filmmaking and rightly takes its place in this superb Second Run Collection.