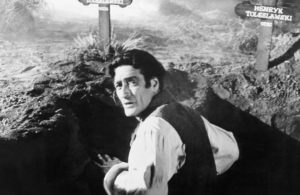 The king of film advertising, theatre theatrics and marketing ploys, all in order to get more bums on seats, William Castle has himself a fascinating personal history. Orphaned at 11, left school at 15 and finally produced ROSEMARY’S BABY, after churning out B Movies for much of his career. When it comes to his films, it is a case of horror and promotional functions marrying together to create some exceptionally absurd, excessive and exceptional schlock. In this set we have the pleasure of THE TINGLER (1959), 13 GHOSTS (1960), HOMICIDAL (1961) and MR SARDONICUS (1961). 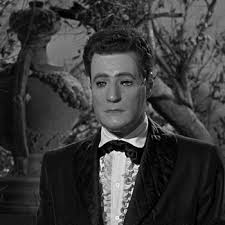 Ok, I am going to be very honest. I do not really enjoy Schlock films. I understand the reasons for them (in particular the pertinent fiscal rational for these type of films) and the reason why so many love them (fun, group watch etc). The problem is that I cant seem to commit to the films and find myself longing for a less tongue in cheek or hammy product. Now in this set we do have more than this. Yes we have schlock. 13 GHOSTS (1960) is unwatchable for me because of this (my issue not the films). We have post Psycho thriller twist HOMICIDAL (1961), which is tightly told and just about pulls off a shock. Ham in the shape of THE TINGLER (1959). Less Schlock more outrageous Price in parody (something Michael Reeves whipped out of him and proved his acting muscle). Finally we have myth MR SARDONICUS (1961), which is Castles best work in the set.

The reason you are here are the extras however. 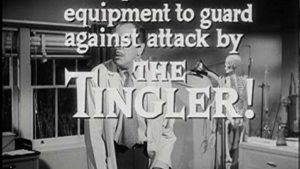 HD Definition of the film, hasn’t dealt with the issue of over lit and blow out light in some of the interior scenes but that is more likely an issue with the print used. The rest of the HD has improved on that frankly awful US DVD.

The Commentary – Jonathan Rigby and Kevin Lyons seem to get along fine with the commentary. Rigby leads and identifies how Castles films are often more than just gimmicks, showmanship and lobby cards. Lyons seems to speak less and give little more than notes that enforce Rigby’s points but its a good double act.

Imaginary Biology – Kim Newman speaks about Castle, science from an illiterate view and ‘Percepto’ and the very well walked concept of marketing. Energetic and finds something new to the angles of this film.

I Survived The Tingler – Pamela Lincoln talking heads in an archive interview about the film. It illuminates Castle and the stiff lobster… 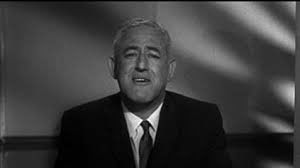 Unleashing ‘Percepto’ – Another archive interview. It is fascinating to see how publicity. Barry Lorie is filled with love for Denver and the use of the gimmick. Under the seat.

Scream for your life – A documentary about William Castle being a showman and his showmanship with ‘The Tingler’. Its a love in and feels less critical with every minute…and its only 15 of them…

Can be seen in four different versions. I didn’t get the glasses for the Illusion O pieces but I suspect it is best seen in this version. The Black and White version is dusty and smoky. The HD seemingly confuses these. 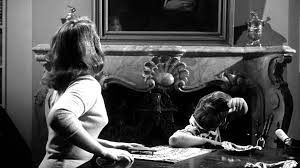 Spine Tingler – The documentary about the life and times of William Castle. Made after John Waters asked a question, it was obviously going to be in the set. Any good? Well I think the audio commentary was more revealing than the documentary.

The Magic of Illusion O – An archive doc, allows Michael Schlesinger and Donald F. Glut (nice name) to tread over The Tingler and 13 Ghost novel ghost seeing device. It details Castle as gimmick genius and the entertainer. Also goes over the casts life and times. I did enjoy how it revealed why Donald Woods gets lower billing then anyone else in the film. 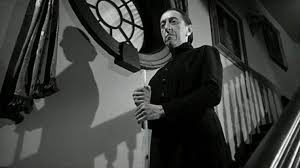 Stephen Laws introduction – A personal journey about the film, horror of the period and the eternal quest for 13 ghosts. Laws was desperate to see the film, it was on his radar and he so wanted it to be screened on his local film screening circuit. I would have asked if it was worth all that?

Sam Hamm Trailer commentary – Another personal journey with the Illusion O viewer. Though he failed to finish the credits… 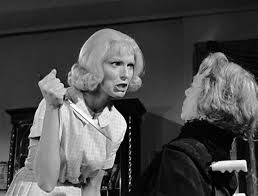 The best HD transfer in the set. Beautiful black and white that feels noir and tastes very light and night.

Audio Commentary – Lee Gambin doesn’t steer away from the gimmicks, he is very eager and moves away from illogical rational direct at film. I disagree with his point on Psychology introduction to film but he speaks with more authority than me. Also he is spot on about the Fright Break! 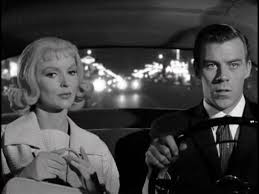 Stephen Laws introduction – I prefer this introduction over the 13 ghosts intro. He seems to get what I got. Psycho is in the DNA of the film. Driving is the core of this. Drug store and even the house that she lives in. Both also were from gimmick masters.

Psychette and William Castle – Another archive piece that explores the ‘Hitchcock’ in the film. Castle was inspired by the masterpiece and makes a good hash, according to Michael Schlesinger and Donald F. Glut. The awful non HD inserts are delightful to see the wonder of technology. 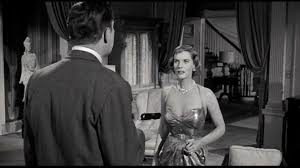 Youngstown, Ohio – Ummm, Castle talks to the audience about the film. He smokes. He sticks a microphone into peoples faces. The audience seem to love him. They also seem to be a little in fear of him as well as the film.

Ballyhoo – Excellent. A journalist interviews Castle. This is the best feature on the disk! It is actually more insightful than much of the content on the discs with talking heads.

HD of the film has cleaned up those graveyard scenes. Depth of field sometimes does do favours to the film but its delightful never the less.

Commentary – Kat Ellinger and Samm Deighan are the perfect choice for this introduction. Gothic is run over at length. They get Castle and his oeuvre or vision. The pieces on the films audience, Price and where Castle stoles some of his ideas from…is superb.

Gothic Castle – Rigby talks about the way some saw Castle, the genesis of the story (holidays in Hawaii do this) and most tellingly how Castle saw himself.

Punishment Poll – I never knew this was made by a TV crew. Although I will point out that MARTY was made for TV and Delbert Mann used the same crew (just a slightly different cast) in 1955. The odd uncle analogy seems fitting as well.

Taking the Punishment Poll – explains much about Castle and his audience. Also Playboy and its link to Horror. Same audience? 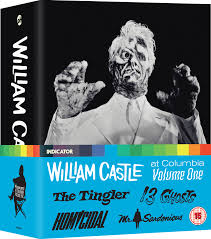