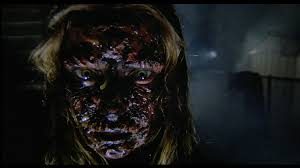 From Lucio Fulci (former medical student and proclaimed Godfather of Gore) comes the City of the Living Dead. When a psychic medium (Catriona MacColl) has a vision of a priest hanging himself in the town of Dunwich, it sets in motion a chain of events that become ever more supernatural. Dunwich becomes saturated in mist, people become possesed by evil and the priests apperation seemingly reveals itself to those about to die. Can she and a journalist (Christopher George) stop it in time? 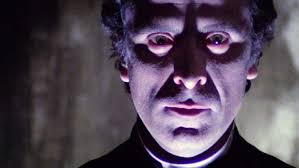 If you know Fulci, then you know what you will get here. If you dont then to summarise – You get a blood soaked, brain smashing, drill bit blood splattering fest that is a lot richer than this description sounds. Fulci takes on the Catholic Church, Capitalism and culture iconography among other things. He also has a cameo and a story line that is unbalanced by great to watch either seriously or as a way of letting off stream for a hard day at the coal face. Some take it too seriously but it deserves to be valued.

The extras are a mix of previously packaged items on the DVD release (and a subsequent Blu ray release). The rich but often very fuzzy 4K transfer, also has a synch sound issue that means voice and mouth are out of wack. /this all would equals the cinema experience (I have seen it on a 35mm print so it looks good). The new interviews which equal about an average in content and detail, with those interviewed seemingly running over a lot of trodden ground. The real value however is Stephen Throwers new feature. Fulci’s biographer Thrower lays down what the city was to Fulci, what he wanted it to be seen as in hindsight and how we still come back to it, often as being his best work. 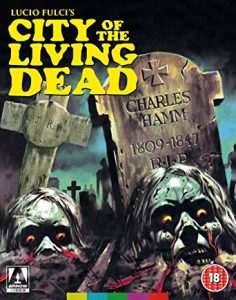