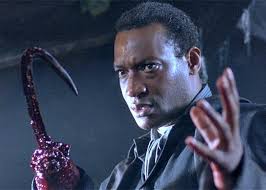 The legacy of Slavery is deep and uncomfortable. THE CANDYMAN is a reminder that on the surface, is always marked by what is underneath history. When Helen Lyle (Virginia Madsen) is completing her thesis on urban legends, the usual ghouls and ghosts are pale in comparison to the figure of the Candyman. He is a hook handed demon, who appears once his name is mouthed 5 times in the mirror. The Candyman wants payback for the misdeeds against him and often settles the score with bloodshed and pain. So what will happen if Lyle calls his name 5 times in the mirror? 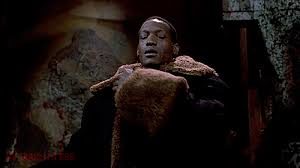 Clive Barker reshaped horror in the late 80s. With HELLRAISER came a sexually charged, violent parable about venegence and lust. By the time of CANDYMAN, his works had attracted the eyes of great film makers. Bernard Rose is well known as working with Jim Henson but in his own right, he is a substantial film maker. CANDYMAN became his cult opus. 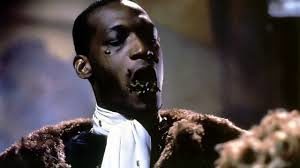 Its dark, surreal and the menace drips off the film like Candyman’s sweet, sweet sweat. Still brilliantly bleak today, the restoration has transformed the effects, imagery and visual nuances. This is Rose’s handy work. Mixing the religious, metaphorical and occult together. Taking Barkers idea and upscaling it. With aplomb. 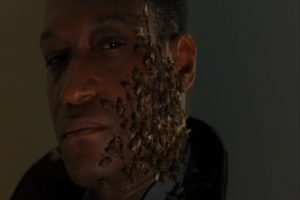 The extras. Well you know I love the 2K restoration. I state that above. The commentary from Rose and Todd is the highlight of the commentaries. Rose is a man possessed by a radical perception. Todd seems to balance this with a poised and thoughtful menace. This is also evident in the interview, where he explains how he ranged his vocals to match the type of menacing fear wanted by Rose. He is also a really nice man. For the featurettes, well Forbidden Flesh and Urban legend peaked my interest and my expectations. One deals with the VFX, which still hold well. The other unpicks the film in its genre and its key to Barkers oeuvre. 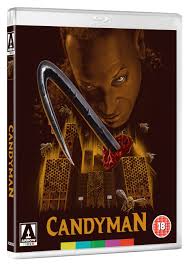