Mr. Soames (Terence Stamp) has been asleep since birth housed at a pyschosociological institute. Now thirty years later he is under the observance of Doctor Maitland (Nigel Davenport) and is to be awoken via a revolutionary brain stimulation procedure. Preformed by an American specialist, Doctor Michael Bergen (Robert Vaughn), expectations are unclear. The world is also watching, fascinated by the story of a man coming into the world physically a man but mentally a baby.  Now revived, he behaves like a child but has the force of a man. Can he be rehabilitated into the adult world? 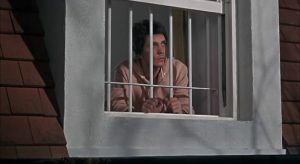 Amicus productions choose to make this retelling of Frankenstein instead of Flowers for Algernon. Algernon was illusive and after trial and error they couldn’t get the rights. Soames flopped on initial release. Charley (the film version of Algernon) was a hit and won an oscar for Cliff Robertson as best actor, controversially but that is for another time. Looking back, one film is a throwaway award magnet and the other is an insightful meditation on humanity. 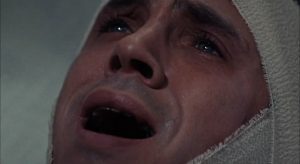 Deep Inside Soames . themes are massive. They venture from what it is to be human, adult and male. In its heart is Frankenstein and the human outside the ‘soul’. However its the mind which is fascinating. How we are subjects to society and how are beings are not individual as we wish.  Algernon is here. What educations value is to us. All in here, textured. What effect control has on us. Are place is directed by education. We are a victim of it. We are also dependant within it. 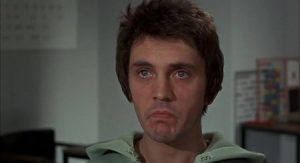 Powerhouse have given a treasure chest of extras here.Firstly the commentary with Kevin Lyons and Jonathan Rigby. Rigby is the expert in Hammer and Amicus (Well British gothic horror). He riffs through Frankenstein, bit part players in the film and what differences to the book the film has. Lyons explores the Science Fiction element of the film and its fit within the British film industry. 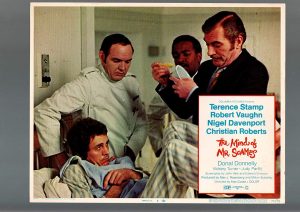 The Mind of Mr Stamp sees Terence Stamp interviewed about his career. It is a fantastic ride through the life of a man. We understand what is was that launched him, how he handled film career over theatre and the three directors that transformed his life. Laura Mayne essay on Amicus house of…Drama enables the long revision to continue. Amicus have been considered a horror only label, now with exposure of other works it is evolving. Mayne misses a trick with the analysis of the effects of Algernon but its a well positioned piece that is informed and enlightened if not interesting.