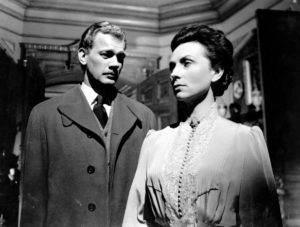 The magnificence of the Ambersons. That is what is documented here. The family are the wealthiest in Indianapolis, Indiana. Their money stands above all others in early 20th century. Eugene Morgan (Joseph Cotton) is trying to court Isabel Amberson (Dolores Costello). She rejects him after he publicly embarasses her outside her window one night. Isabel instead marries Wilbur Minafer (Don Dillaway), a man of money but little else and it is obvious she does not love him. They have a child, George (Tim Holt), spoiled rotten and a walking nightmare that is the terror of the town. The townspeople long to see George get his comeuppance and their wish might be granted. 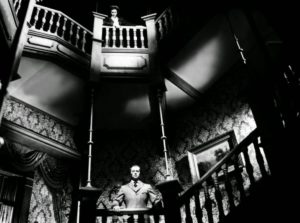 Orson Welles has a legend which stands taller than almost any other in movie history. The Magnificent Ambersons is his most famous work, in part because of this. Made after his masterpiece Citizen Kane, it suffer under the studio editing process. Some 40 minutes was removed. Then key scenes were shortened and other shot to explain narrative bridges and character arcs. The final result is what we see. Legend has it the complete version exists in Brazil but I would recommend reading the essay in the accompanying book on this, as it defines that this version might not be the master work we expect nor what legend has constructed it as. 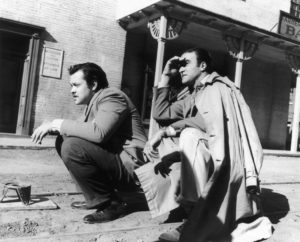 What we do get is an illusion and a modern fable. Money, legacy and inheritance are key to the film. This is key to the novel Welles adapted from (interesting pieces in the disc from Simon Callow and François Thomas discuss this). The power for legacy, money and identity to destroy as much as define the family, make the film a fascinating counter point to the current administration in America. The other point, made by the frankly information overload of the AFI interview, is that Welles was never sure what would save the house of Amberson. This is a strange concept but one that defines why the alternatives on offer, say that Eugene and Isabel married instead, would not stop manifest destiny. An economic idea is in there somewhere. Shirtsleeves to shirtsleeves anyone? 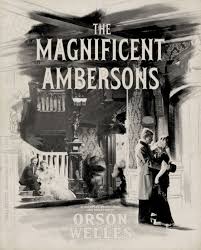 The 4K has a lot to make it worth every penny. Black hues. No colour degrade. No slight colour tone and best of all it is the right ratio for once (the DVD was not). The best three extras are – The booklet. It has six essays and all are quality written pieces. The silent film adaptation segment is compelling for film historians.  Two Mercury Theatre radio plays are superb! 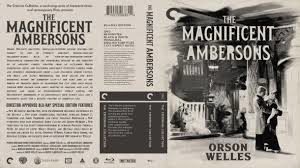