Orson Welles has too long been associated with one film: Citizen Kane. His directing career may have been erratic but there are many and varied delights that testify to his great appetite for movies and for life. This is his centenary year and with it comes a suitably far reaching BFI season, Orson Welles: The Great Disrupter (1 July – 31 August).

This gives anyone who loves movies the chance to delve into the world of Welles. The opportunities for this have been fleeting as, mired in legal problems, his films often go in and out of circulation (the by-product of bizarre co-productions and the Welles estate). 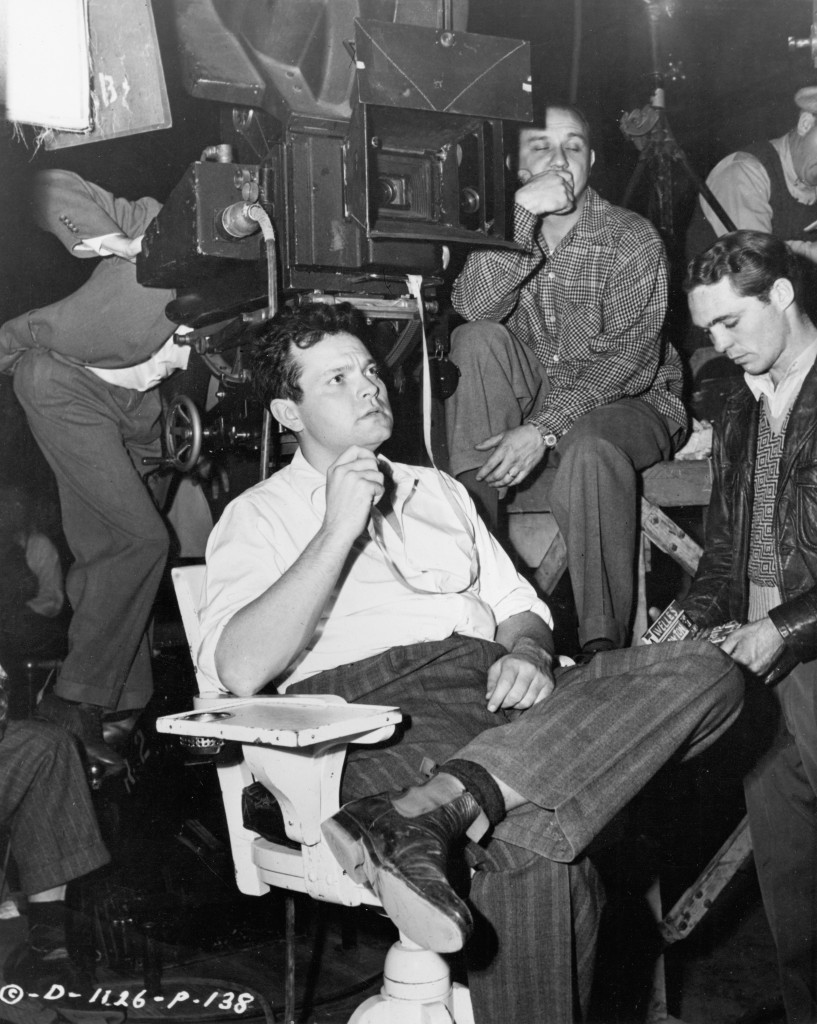 The season includes a UK wide theatrical re-release of Touch of Evil in the edit overseen by Walter Murch in 1998. This followed the directions of Welles’ famous 58 page memo sent to Universal after seeing their cut of his film. Odder, bolder and more effective than the studio cut Touch of Evil showcases Welles chops for taking pulp material and spinning it into a work of grand depth and ambition.

Also featured is Too Much Johnson the recently discovered debut film by the then 23 year-old director featuring a fresh faced Joseph Cotton. There is also an opportunity to see Welles’ lesser known TV work including Around the World with Orson Welles. Here his characteristic playfulness with the form and it’s storytelling possibilities demonstrates the techniques he would later develop in his dizzying cine-essay F for Fake.

There are of course the shaggy dog stories (including Confidential Report with its messy charm) and the Shakespeare adaptations (topped by Chimes at Midnight). But there is also Welles’ unsung masterpiece, The Trial. Orson was out of Hollywood by then, shooting in Paris and beyond to create a wonderfully realised world of Kafka. Somehow Welles’ style perfectly matches the material, his deep focus and dutch angles adding to the atmosphere. At the centre of it is Anthony Perkins as Josef K who, like Welles, was a man in an unforgiving world doing his best to exert himself. That was one battle that Orson won.