Another beautifully put together collection from the BFI ‘The Lacey Rituals’ feels like a life’s work boiled down to two jam-packed DVDs. 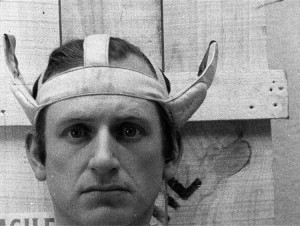 The films are a mix of work Lacey has appeared in, contributed to, created, sometimes directed or co-directed, or (as with the eponymous Rituals) been directed ‘By Everyone’. What emerges is a unique talent and an important part of the great British surreal tradition in line with the likes of Spike Milligan and Bob Godfrey and later Vic & Bob, The Mighty Boosh and Simon Munnery. In fact, it is Munnery who most resembles Lacey in his love of homemade props and steadfast resilience to bow to convention. Lacey is not really a filmmaker or an actor but a performance artist fascinated with human behaviour and the interior life of rubbish.

Throughout these films we get a picture of a man captivated by history but sharp enough to freely satirise his homeland. Like the Goons and Beyond The Fringe the shadow of World War II in particular and the British Empire in general loom large in Lacey’s early creative output. We see the implacable superiority of the ruling classes gleefully undermined and a determination to favour silliness and invention over form and narrative. This is evident in ‘Everybody’s Nobody’ (1960) a parody of an industrial film with Lacey as the Useful Idiot also known as M.A.N. (Mobile Absurd Nonentity) as well as the Richard Lester directed ‘The Running Jumping & Standing Still Film’ (1960). 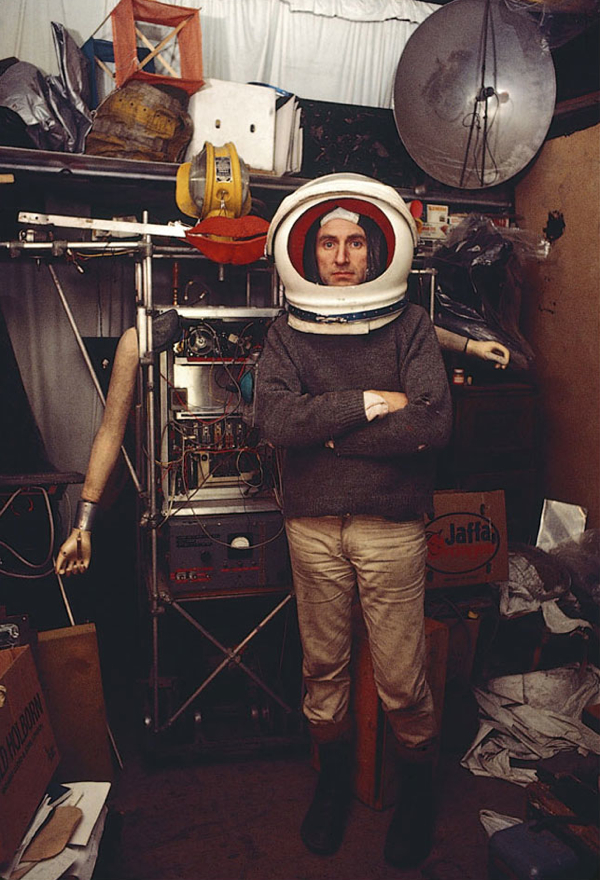 The new documentary included here, ‘The Bruce Lacey Experience’ (2012), shows that Lacey is still an active force. “Follow Your Whims” Lacey says, and we watch as he straps small dolls onto fireworks before setting them off in a ritual designed to make his grandchildren’s wishes come true. We see him potter around his large country house surrounded by a lifetime of work and a vast array of props and it’s clear that he’s still curious, still determined to hold onto a childlike sense of wonder. There seems to be a recurring need for regression in Lacey, first to a child’s view of the world and then, much further back, to the ancient rituals of Britain’s distant past.

Inevitably performance based work doesn’t always transfer well to film. ‘Awakening of the Earth Goddess, Rougham’ (1982) feels deadened on film, taken away from its context of a festival happening. The later video work also suffers from a lack of vitality but this is partly due to the deadening visual nature of early video.

“I once built a journey through the organs or the human body well, half way, I got as far as the small intestine before the money ran out” 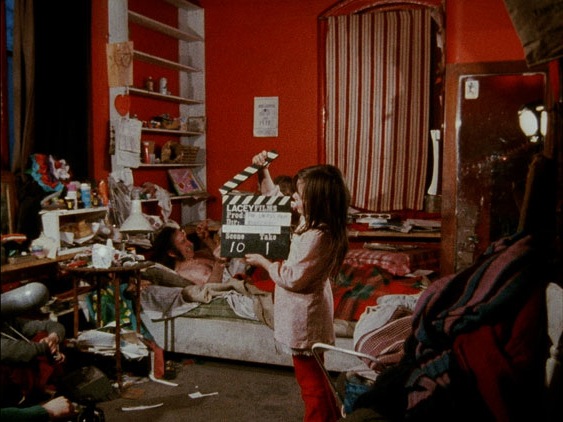 ‘The Lacey Rituals’ is the key film in this collection. It takes what sounds like a dry exercise – the recording of a family’s everyday routine, and makes an oddly engrossing film. It’s a glorified home-movie but becomes remarkable through its determination to show unadorned reality usually ignored by film cameras. There’s an unwavering interest in the everyday and an openness that still feels fresh nearly forty years on.

This collection shows Bruce Lacey’s creative development from Art school experiments and 1960s satirical silliness through to his anthropological rituals and community based projects.

Throughout the films a sense of joyful amateurism shines through from a restless and peculiarly British talent.