Abbas Kiarostami’s KOKER trilogy is often discussed with filmic descriptions in abundance. Forget poetic, it is seen as intertextual, self referential and even meta indulgent. However Kiarostami rejected this and saw the films as being just victims of his own interest. Of his own place and time. Whatever they are, they are nothing but exceptional pieces of humanist cinema for the ages. 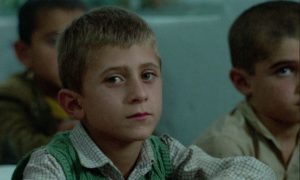 Where Is The Friend’s House? (1987), sees a boy search for the home of his classmate, whose school notebook he has accidentally taken. If he doesn’t return it, the friend will be expelled. And Life Goes On (1992) sees a film director and his son, make the journey to the region they filmed the first film in. They hope to find the star and his family after an earthquake. Through The Olive Trees (1994). Traces the complications that arise when the romantic misfortune of one of the actor, from the second film. Will he ever fall in love and be rewarded with it reciprocated? 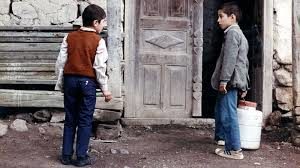 Humanistic and highly rewarding, Abbas Kiarostami self-referential series of films capture the northern-Iranian town of Koker and the world of people simply living through the ebb and flow of time.  The meta conversation, through valid, is empty to the reason it is an exceptional work. By analysing the event within the narrative, it sets about exploring the timelines of our lives. Tales we tell are what film becomes often. A discourse on our being and our identity as humans. 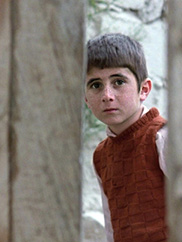 The 2K transfers on all three film are stunning. I expect this. You expect this. However Criterion have outdone even themselves. Projected it is crisp, light is cool, colour is deep and tones have body.

I can say that the discs each have a few extras on them. The best? 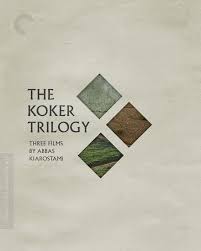 Number one. Outstanding. A new audio commentary on And Life Goes On featuring Mehrnaz Saeed-Vafa and Jonathan Rosenbaum, co-authors of Abbas Kiarostami. It revolves around the director certainly. However it also exposes the film, Life goes on, to its place in the region, auteur work and the other films. It is wonderful and if you plan to be a film theorist, listen and learn.