It Happened One Night is remembered for many reasons. It is, by general agreement, the first great film directed by Frank Capra, who would go on to hone his ‘Capraesque’ tone in films such as Mr. Smith Goes to Washington and It’s A Wonderful Life. It remains one of just three films to win all five of the major Oscars: Actor, Actress, Screenplay, Director and Picture. It houses Claudette Colbert’s most famous role and Clark Gable’s second most famous role. It defined the romantic comedy as we still know it today: opposites bickering and flirting as they fall in love despite the obstacles society puts in their way. Gable’s Peter Warne and Colbert’s Ellie Andrews are the archetypal romcom leads: down-on-his-luck reporter meets runaway heiress, each changing over the course of the burgeoning romance they refuse to admit is blossoming between them.

All this makes it an obvious and wonderful choice for inclusion in the Criterion Collection’s first set of releases in the UK, finally hopping the Atlantic after their years of critical acclaim and market domination in the USA. An enrapturing 4K digital restoration allows the gorgeous gossamer lighting to quite literally shine; neither star has ever looked so beautiful as under Capra’s soft focus here, glowing in the moonlight. Criterion’s crisp transfers are just part of what makes their brand so valued, but we can’t ever underappreciate the amount of work that goes into achieving such visual majesty and rejuvenating such old material. 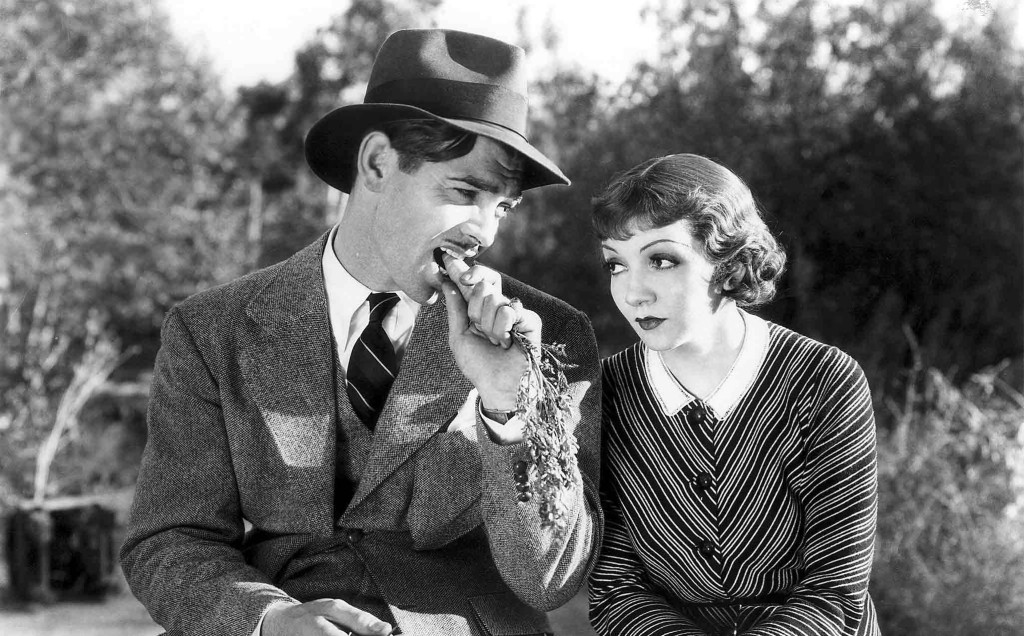 For one thing, it really emphasises how current It Happened One Night can feel to this day; much of the comedy is barely estranged from modern humour, never afraid to humble either character by showing the intelligence of the other. Elements of misogyny remain in passing mentions of what we’d now call domestic abuse, but Robert Riskin’s script is otherwise brightly progressive, allowing Gable to be vulnerable and Colbert, in the infamous hitchhiking sequence, to take full control of her sexuality. These stars’ chemistry is what cemented the film’s legacy, and it is almost blinding: the audience can see their instinctual attraction long before they even think about admitting it, with Ellie seeming to take note of how much sharper Peter is than the other men she’s spent her life around. The timeless ‘Walls of Jericho’ sequences are still electrically sexual, using suggestion and symbolism just after the prohibitive Hays Code was heavily enforced. Capra’s pacing and timing here is masterful, allowing silence to say as much as Gable’s teasing striptease narration does.

Like many a romantic comedy, It Happened One Night draws out its final stretch, dampening the humour for a convoluted resolution. In Criterion’s exclusive extra, a conversation between film critics Molly Haskell and Phillip Lopate, they question whether the film is a screwball comedy, but I’d say it isn’t, because it cares too deeply about resolving the romantic connection, rather than riffing it off in the continued quippy fashion of something like Bringing Up Baby. Gable and Colbert’s characters are both thoroughly wounded by their separation and the film lingers on it – perhaps to the detriment of the film’s previously tight construction. But this final stretch suffers more from largely omitting Gable and Colbert from proceedings, instead relying their parental figures to drive them back together. Where the film’s timeless magic lies is in their spark and how Capra captures that electricity, and Criterion have put together a home entertainment package that is an essential homage to their artistry. 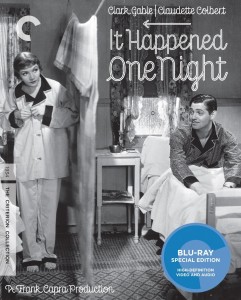 The most intriguing extra is a new digital transfer of Capra’s first work as director, the 1921 short Fulta Fisher’s Boarding House, with an evocative new score by Donald Sosin. Based on a poem by Rudyard Kipling, the short is a stilted but striking twelve minutes that already see Capra’s fascination for women who take ownership of their sexuality, for better or worse, and showcases his aptitude for creative tableaux and lighting set-ups. Screwball Comedy?, the aforementioned conversation between Haskell and Lepore, is a lively and engrossing discussion that seems unrehearsed but raises a number of intriguing ideas about the film’s inception and resonance.

Otherwise, Criterion have done their standard deep dive of the archives, with a feature-length documentary on Capra from 1997, guided by his contemporary analogue Ron Howard. Frank Capra’s American Dream is a formulaic chronological journey through Capra’s life and career, boasting interviews with luminaries like Martin Scorsese and Fay Wray. There’s even more stars in the telecast of the American Film Institute’s tribute to Capra from 1982, a valuable curio from a recent time while many of the great stars were still with us and stood up to pay tribute to their former director: Claudette Colbert, Bette Davis, James Stewart. Rounding off the collection are a brief but informative interview with Frank Capra Jr. from 1999, and a classic trailer for the film that shows how far that marketing discipline has come.

It Happened One Night is now available on DVD and Blu-ray from the Criterion Collection, along with five other titles: Grey Gardens, Roman Polanski’s Macbeth, Only Angels Have Wings, Speedy and Tootsie.