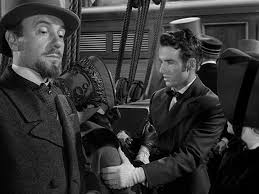 THE HEIRESS is surrounded by so much film history that it is hard to fix a point to start. What you will know is that it was directed by 3 time oscar winner, William Wyler (The Best Years of Our Lives). It was a winner of 4 oscars including one for Olivia De Havilland (her second) for best actress. You might not know it was based on a play by husband and wife team Ruth and Augustus Goetz, who in turn took the inspiration from the novel ‘Washington Square’ by America’s great chronicler of the affluent, Henry James. You will not know that Errol Flynn was to be the original lead but decided against it. Which meant no reteaming of Basil Rathbone (also up for a role) and De Havilland. 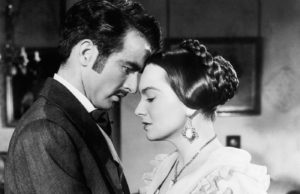 Any way that is all guff for what you want to know is plot and then a careful extrapolation of the disc. Shy Catherine Sloper (Olivia De Havilland) is the daughter of a wealthy New York Doctor Sloper (Ralph Richardson). He is domineering and difficult with his daughter. She is pale in his shadow. Along comes Morris Townsend (Montgomery Clift). He is poor but tender. He declares love and requests marriage. However is he all he is cracked up to be? You see Catherine has a annual stipend of $10,000 dollars. With the chance of $20,000 more when her father passes on. 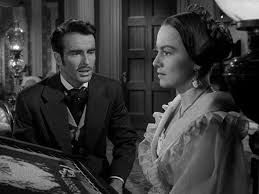 The crux of the story is one of motivation. The blurb that advertises it says so. What William Wyler (for he is the creative force chosen by De Havilland) extracts is a emotionally contorted, physically wrenching piece that is claustrophobic and draining. It is a character study of a single woman. Driven to hope by the cruelty of men, then waiting on expectation without a realisation of what is at stake. Hollywood was never as good, as when it made these type of films in the hands of these type of directors (in my opinion). Nuanced and nightmarish, its a study in the power of film. Eclipsing the play and resetting the whole in cinematic splendour. 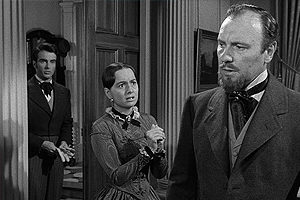 4K transfers are often things of beauty (you need a 4K TV to witness it) but this is beset with image loss in the first half and that is a shame. Bar that it is wonderful.

Ok I will be honest and say that my personal favourite was Wyler’s acceptance speech from the American Film Institute’s 1976 Salute to William Wyler. Wyler is my personal great director. He is humble, humourous and spends time talking to people about people. Its an award show so expect that. 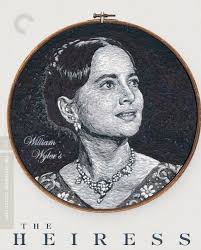 Excerpts from a 1973 tribute to director William Wyler. His actors talk about him. They tell us about a man and a master. They also are nice enough to get to the point and make him valuable.

Interview with actor Ralph Richardson filmed in 1981 for the documentary Directed by William Wyler. Wyler again. More focused on the film and from a great actor no less.