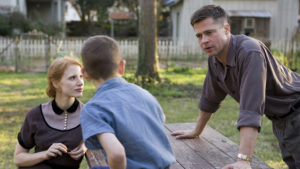 Terence Malick’s fifth film came after the lacklustre response to the frankly amazing THE NEW WORLD. A film which won the Palm D’or and cemented his place as the most interesting of film makers. An visually astonishing and poetic film. Delving into the life of a man (Sean Penn), from his childhood home with an abusive father (Brad Pitt) and tender mother (Jessica Chastain) to his adult life. It takes us from inception of our universe, to the abandonment of his life and the long road to the return of his senses. 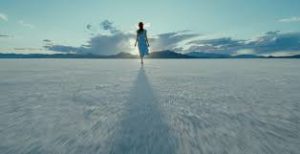 The notes for the release of Terence Malick’s film states this is his magnum opus. Strong words for a man that directed BADLANDS, DAYS OF HEAVEN and THE THIN RED LINE. TREE OF LIFE is definitely the most finely crafted, visually potent film from Malick. Balancing theology with humanism, nature with nurture and visual fluidity with dynamic flashes of performance, this film is an assault on us as a sensual being. A film you never forget. 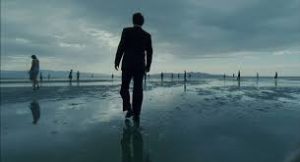 So it is that Criterion finally release their US blu ray in the UK. Thank the heavens for this. Split over 2 discs, you get the original theatrical cut and the extended cut. This means we get maybe the directors cut of the film, which is my preferred version and one that film fans will adore. Why? Well it adds 50 extra minutes and pushes the narrative at the start and ends to sharpen Penn’s journey to grace. 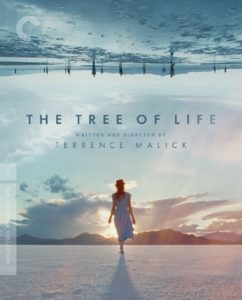 The 4K restoration must be seen on a big screen. It is marvellous and cinematic in ways that a cinema would hug and weep over. Malick’s films are made for this. The other extras are one note sadly.   Exploring “The Tree of Life,”, is simply a lot of fans gushing over Malick. In a way I suspect he would loathe. Chastain’s interview hides a lot. It literally forces her to speak about a single point in the films creative process. Benjamin B’s essay is better but he lacks any new take on the film. Alex Ross has something interesting to say but is not given time to say it.