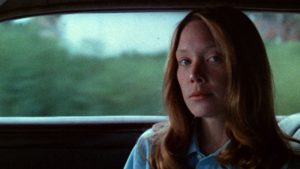 Terence Malik’s stunning debut filmhad been given a passing over by HMV on their collection series. However this is the pinnacle Criterion release. 4K transforms the visual landscape of Terence Malik’s film and gives the home audience, a closer taste of the cinema experience. Kit (Sheen) is a killer and in love. Holly (Spacek) is infatuated with him and declares her love. They kill her father after an altercation and burn the house to the ground. Fugitives from the law, they flee to the Badlands in South Dakota and Montana. Driving through an alien landscape that seems to be as hostile as the outside world to the two, it becomes a journey into fantasy. When reality breaks open the world of their dreams, it will end in violence and death. Bullets and blood cast asunder. 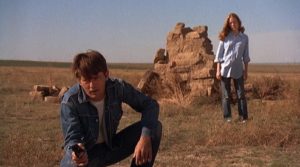 Malik metaphysical journey is not only about teenage love, crime or escape. Its more a meditation on the complexity of sexuality. The two fugitives (played with swagger by Sheen and naive innocence by Spacek) are people in need of an outlet. They want to control their destiny. Instead they are under the control of a prison. Although this is metaphorically speaking and it is self imposed, we are shifting into understanding what conflict is and how it shapes control. American Justice episode on the disc explores the real story behind the film and in much the same way, the sexual desires and prisons of the two culprits. 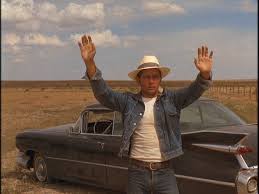 Ok so to the 4K. As I mentioned above, it is a staggering step up. I loved the HMV version but this leaves that in the shade. Criterion could afford a real outing and give it there all! The vast expanses become painted images. I suspect that Malicks approval was easy to get. 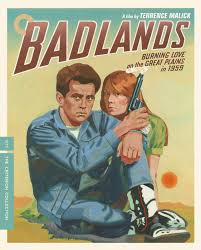 What is best on the set is Making “Badlands,”. Just listen to Spacek divulge the films meaning. Superb.