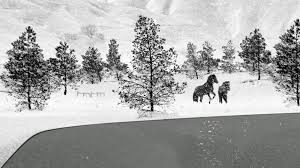 Cinema is art. Art that uses a trick of the visual. Our eyes are fooled by motion to think we are seeing continuous movement and its simply pictures in flight. In 24 FRAMES we are set 24 Frames. Pictures taken by Abbas Kiarostami. Images he loves, things he captured with camera and canvas. Then we are shown the surround of it. Seeing the event unfold before our eyes and within the frame. Why did he choose this? What is being separated onscreen and can film finally get to that long hoped for truth?for truth? 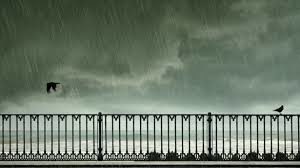 Abbas Kiarostami was one of very select group of film makers. A film maker that believed film could reach deeper into the world by reflecting reality. He challenged film form often. Making reflective cinema which explored the crafts relationship to his own works. Sometimes by examining its casts experiences, his or his fans. The toned down performances, naturalistic camera and unexpected agents of change were some of the cleverest facets of the work.

Works like WHERE IS THE FRIENDS HOUSE, 10, CLOSE UP and TASTE OF CHERRY, have much of this at their core. But with 24 FRAMES we have something else. The screen is reaching out to the viewer. We are living outside the frame both in its visual field and its temporal one. 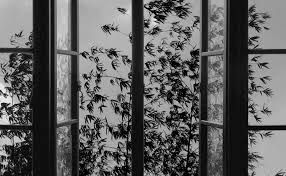 We are seeing past the static frame and single image. Its magical and hypnotic. It transcends like little before has. I mean this deeply. The compelling part of a single image is the thought, what happens next. Here we see it grow. This creates something dynamic. You are set up to see the screen rupture the walls of cinema. A masterful finale to a master who used the medium to redefine what was Artifice and reality. 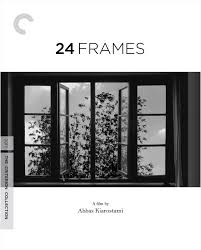 the 2K digital master is literally the best release that Criterion could muster. Its feels on the screen and lifts off to the viewer. No loss, no yellow, no film, nothing. AWESOME.

Well its low on them but as with all you get from Criterion, they have the best of the best on show. Top of the list is Iranian film scholar Jamsheed Akrami and film critic Godfrey Cheshire conversation. Grounds the works of Abbas K but also the regions cinema, with informed views and histories. The documentary about the making of the film by Abbas Kiarostami collaborator Salma Monshizadeh, is too short but frankly excellent.