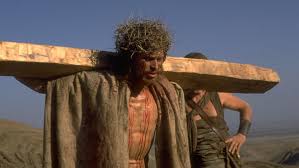 As we enter the Easter period, religiously primed films and in particular historical films telling the story of Jesus, are being screened, bought and their themes discussed anew. Some of these films are classic versions of the story of Jesus. His life and death. Followed inevitably by his resurrection and fulfillment of god’s plan to save all of us. Then we have other interpretations of the story that focus on the trials both personal and interpersonal. These ask questions of the fulfillment aspect. Translated from the Greek writers Nikos Kazantzakis controversial novel, Martin Scorsese film is no less interging an exploration of the Christ story or as challenging now as it was then. Far less controversial on this release than its original, it has been restored to its pristine best. The Last Temptation of Christ is to be released by Criterion Collection for a new audience to enjoy at this time of becoming anew. 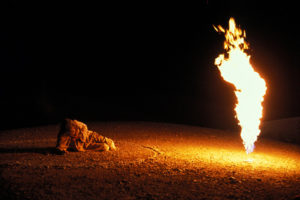 So what is the story of Christ. If you dont know then Jesus of Nazareth (Willem Defoe) is a carpenter living in Judea. At that point it is under Roman occupation. He knows something is unbalanced in his life. He feels that maybe God has a plan for him. The problem is that he is very conflicted. Fighting Jewish rebels, supporting Roman occupation but also trying to fight his destiny. Judas Iscariot (Harvey Keitel), a friend of Jesus originally sent to kill him for collaboration, has begun to suspect he might be the messiah. The journey will take him from his mock trial, murder and resurrection. 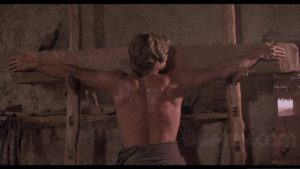 I guess that the above narrative over simplifies an event that has inspired billions of lives (and still does so). It is very reduced and I apologise for this. I think that the film deserves to be analysed in 4 under explored ways. Not as is often the case, reviews often focus on the film suffering under layers of controversy. Mostly these are aiming at the ‘Catholic’ right over reaction. To play I believe into a superiority position from (mostly) the left. The audio commentary on the disc goes over this in great detail. I dont want to focus on this too much. 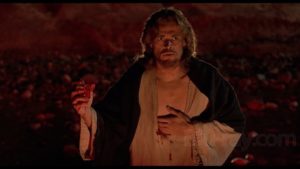 The first thing I want to analyse is the canon of works on Christs life. This is a highpoint of religious thought and avoids intense reductivity. The second is the artistry. In particular the art in music and visual blend. Peter Gabriel extra explores this. You understand the complexity to merging a cultural event and a historical one, without reducing the significance of it in faith terms. The third is Defoe. 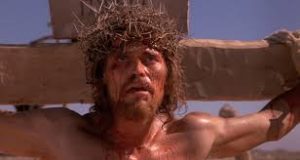 He plays it without overstepping like Cavazial’s Jesus or with the over deference of Wyler’s BEN HUR Christ (though I love this interpretation.) Forth and finally is the script. Paul Schrader and Jay Cocks both discuss the use of the New Testament, they established a timeline and then took the novel. This deserves a piece all by itself…