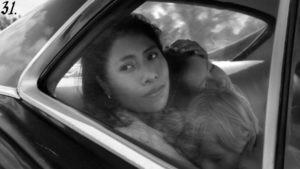 When Netflix backed ROMA for the oscars chase, some in tinsel town lost their minds. Not because of the films story. A tale of 70s Mexico and the life of its director, Alfonso Cuaron. But because the web based label had officially arrived on the circuit and would challenge the orthodoxy. However when this landed on Blu Ray, from the Criterion collection no less, it was met with universal acclaim, justifiably.

Alfonso Cuarón childhood of the early-1970s in Mexico City brings us into the lives of Cleo (Yalitza Aparicio). She is an indigenous domestic worker who keeps the household running. Looking after four small children isolated from their working father and distant mother. Cleo tends to the family even as her own life, and that of her country, is shaken and shattered by upheavals.

To speak of visual beauty, acting naturalism or scripted nuances feels glib with ROMA. A film that has its roots in the kitchen sink, Third cinema and the visual beauty of the Neo cinema of the post war. Cuaron takes memory and emotion, then balances both with subtle waves and an aching central performance from Yalitza Aparicio. This is really a homage to the mother who was never given credit.

I have my problems with the film. Its over reliance on the pan. The misjudged balance of the lighting, which rarely but sometimes leaves night scenes flat. It also has the insight of privileged, which seems to absolve the directors family of its treatment. However is that not cinemas greatest goal?

The 4K master leaves no doubt that both the Criterion collection and you, the audience are serious. Its there best produced work. Fullstop. I have seen over 300 of their releases across the UK and US and this. This is exemplary.

Start with Road to “Roma,”. A personal journey. One that takes as much compassion and care as the film does. I hesitate for a second to say this. Its bold and as good as the film. The essays by novelist Valeria Luiselli (intimate and intelligent) and historian Enrique Krauze (an overview of the Mexico of the film.) 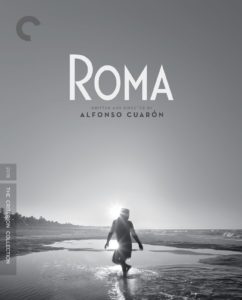 • Road to “Roma,” a new documentary about the making of the film, featuring behind-the-scenes footage and an interview with Cuarón

• Alternate French subtitles and Spanish SDH for the film

• PLUS: Essays by novelist Valeria Luiselli and historian Enrique Krauze, along with writing by author Aurelio Asiain and production-design images with notes by Caballero