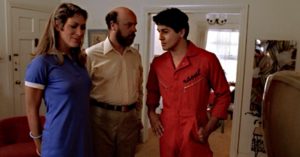 If like me, you forked out for the US version of this disc. Take that and throw it at someone who is walking along the road. Finally EATING RAOUL has hit the streets of these fair shores and I am overly excited. The notes on the film do not do it justice but they do capture in succinct class the films core. ‘A biting satire of the me-generation’ totally unpacking the self indulgent society, from the financial excess to the hidden perversion. Paul Bland (Paul Bartel) works in a cheap wine shop and his attractive wife Mary (Mary Woronov) is a nurse at a hospital. She is routinely groped and he is snobbish. So when a drunk swinger, rocks up to their apartment and rings the bell, enoughs is enough. Time to get out. Time to make money work for them. All they need do is start a resturant and resolve this man in their apartment. The plan seems sure enough. Funding the new life that will give them freedom and finances. But that body is a problem…

The potent mix of Warhol superstar and cult legend, who also directed this film, creates a zinging comedic burst. The early eighties, Reaganomics, excess and money are all blended. Humans are financial animals. They are also monetary devices that can be bought and sold. They are also driven by needs that are financially motivated. So we get now to the core of the discourse. Sex and money. What every great piece of literature, monarchy, revolution and more is about. However what we also have on our over crowded plate is a vehicle of change. How to take money and change. How it is a cycle of growth and decline. 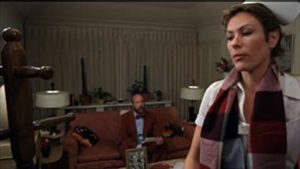 How it is easily parodied but hard to escape. The circle that shall never be broken. Or something. Audio commentary featuring screenwriter Richard Blackburn, art director Robert Schulenberg, and editor Alan Toomayan is the place to really venture to listen to a far more intellegent and constructed conversation on this. Ok. The disc has some issues. Its lite on content but its all in context and clarity. The digital transfer is one up on the prior Criterion collection release but it is not stellar. That means it feels nice, looks nice but lacks warmth. In image that is. Maybe that is on purpose. 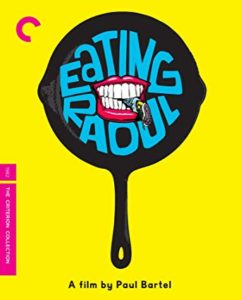