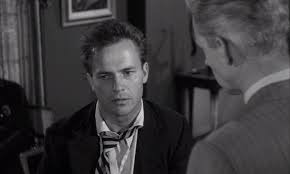 Alex Cox in his introduction to KISS ME DEADLY says that this is the ‘toughest and hard nosed noir ever made’ and he is about right. Based on Mickey Spillane’s pulp noir film, directed by Robert Aldrich and filled with brutal hits, Criterion have taken their stellar US release and (along with Sam Fullers two films coming next months) have mined a rich seam of harder than nails, anti hero masterworks. As Cox’s Moviedrome intro (found below) even defines it as the ultimate cult film and ‘the’ Moviedrome movie, it sells itself. 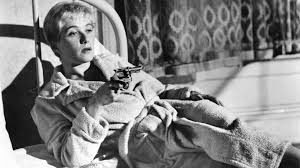 Private dick Mike Hammer (Ralph Meeker) is driving in the desert when he picks up a strange woman, Christina (Cloris Leachman). He didn’t want to pick her up but she stood in the middle of the road. Wearing only a trench coat no less. They drive on and come to a road block. The police say they are looking for an escaped mental patient. She only had a trench coat on. Mike drives on with Christina. She tells him that something is suspect about her incarceration. Then they are attacked and he ends up almost dead. Christina is not so lucky…. 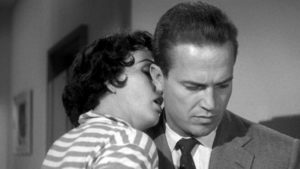 My adoration for Aldrich, never stretched as far as it should. In KISS ME DEADLY he disrobes the film noir. Redresses it in fine clothes and then injects it with steroids. Never swerving the grit, never losing the bite. The film is shot (pun intended) with the down at heel detective, who cares for nothing but the bottom line. Now Aldrich revels in this. He loved the gritty feel of the genre but as it turned into the 50s, he contaminated it with cold war hysteria. This bubbles up to the surface and creates a tension and a finale that leaves you fulfilled. 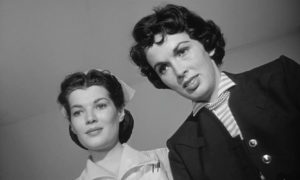 I hate the packaging. Its poor and dull. This is the duplicate of the US Blu Ray. The HD restoration however is beautiful. The tonal fix makes it a far more consistent watch. The normal standard version wasn’t to bad and this ups it. The soundtrack is where it really makes its mark. With the tenor scene an example of craft. 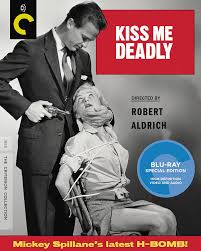 The Cox tribute is great fun. Mainly because Cox has a lot to say and he always does the film justice. His Moviedrome intro below is equally as good. The Commentary from Alain Silver and James Ursini, is from 2011 but new to these shores. It racks up detail, dilemmas and a director who sent a bolt across the film landscape. Altered Ending is worth a run over but the two documentaries are extracts and leave you wanting more.