My Last Round DVD Review 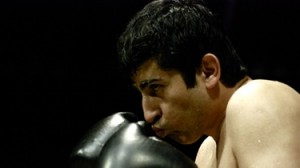 There are certain films that do not lend themselves to prolonged discussion. A truly terrible film will have much to analyse as to what went wrong and of course it’s easy to wax lyrical about the great ones. Even those 3 star films, not quite great but not close to being bad have solid components to uncover. But those films, those 2 star films, with almost no redeemable qualities whatsoever, which generate a feeling of, “what’s the point?” Those are a critic’s Everest.

My Last Round is one of those films. After a simple but elegantly coordinated opening passage in which the two main characters are revealed and given some depth, writer/director Julio Jorquera Arriagada goes on to fail to add any further layers to his leads. After some clunky exposition, Arriagada constructs a fairly forced relationship between boxer/hairdresser Octavio (Roberto 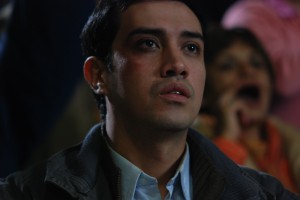 Farias) and Hugo (Hector Morales). Octavio is a champion boxer in Chile but has to cease fighting due to medical reasons.

The two move to Santiago to begin a new life for themselves but due to a ridiculous time-skip where we see the two settled into a new home when previously they had only begun to see each other, there is no shared journey for the audience. As Octavio begins to consider boxing again, echoes of Darren Aronofsky’s The Wrestler begin to sound, but My Last Round has none of the raw emotion of that film. 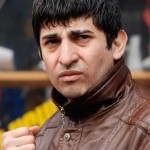 and he makes the decision to fight again, even though it will kill him, there is no sympathy. The character has not grown throughout the film, nothing is really known about him, he has no redeemable traits.

Arriagada is a better director than he is a writer, the final scenes of the film are quite beautiful but My Last Round doesn’t earn the right to a melancholy ending. Arriagada tries to steamroll in a sense of loss and feeling lost for Hugo, maybe this would be a satisfying result if he had shown his working.