The key word when discussing Edgar Wright’s big budget breakthrough Baby Driver, is control. On the surface it’s a wicked whirlwind of car chases, gunplay and a killer soundtrack, but don’t let that fool you. Wright and his main character, Baby (Ansel Elgort), are both in complete control.

With Wright it is the finesse of the film. Not only has he produced a Hollywood action film of very high quality, the kind that the industry is crying out for, but he has done it in a completely new way. Baby Driver is almost an action musical, with every scene set to a beat. Every movement is timed to perfection, flowing from place to place, occasionally breaking to change the mood. It’s very inventive without being too earnest, in usual Wright style there are jokes to be made about it. 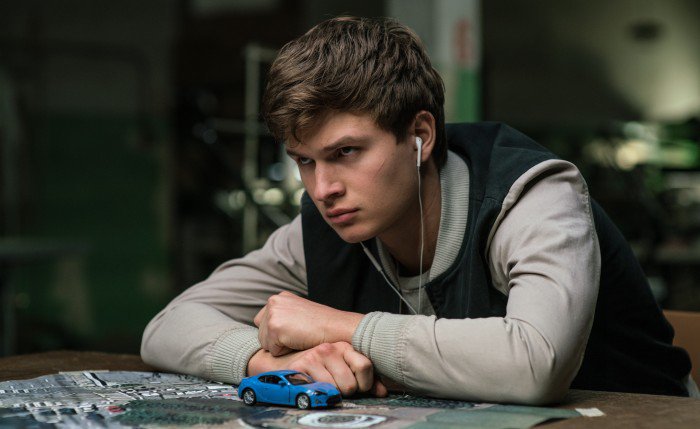 The reason for this stylistic approach is the title character needs to be constantly listening to music. Baby is a getaway driver that suffers from Tinnitus and uses the music to help him concentrate, it’s a bit of a stretch but it works. He is beholden to Doc (Kevin Spacey) and must keep working until he has repaid his debt to him. All is going well and Baby is nearly there when he meets Debora (Lily James) and plans to run away with her, though Doc doesn’t quite see it that way. A final job lands Baby working with the rather irrational Bats (Jamie Foxx) and when things don’t go entirely according to plan, Baby can see his dream slipping away and decides to act.

Even in the calamitous final act Wright and Baby never lose control. Like the impossible car chases that precede the closing scenes, there is never a feeling that Baby might be beaten. He is unpredictable, following the music in his head rather than any rules of a road race. Elgort embodies this character exceptionally, enigmatic yet dependable. 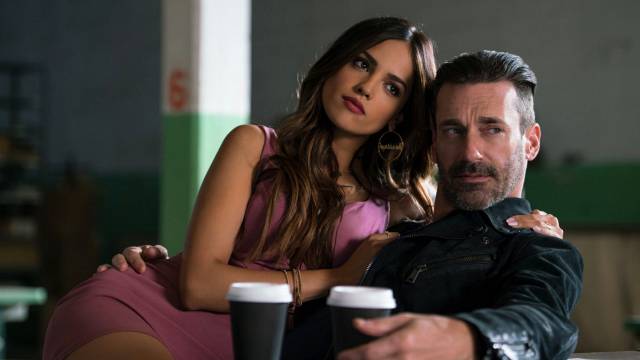 Elgort is aided by some strong support, not least by Kevin Spacey who is almost wasted in a character with little to do for much of the film. Jon Hamm excels but it is the threat that Jamie Foxx brings as Bats that changes the film in the second half, threatening to break the grasp Baby has on his dream.

For all the inventiveness of style and substance of performance it’s impossible to shake the feeling that this is, at core, a fairly by the numbers affair. Young man caught in trap of criminality, meets beautiful girl, tries to break free, struggles, action ensues. Wright’s film, is at heart, a Hollywood action film. Car chases, super cool good guys, properly evil bad guys. It is, however, a shining example of it’s Genre and though its original feature is something that is unlikely to be imagined in such a dynamic way again, Wright has created something unique and thrilling, a true rarity.

From the beginning of the film Wright shows how the music flows through Baby, his every movement and feeling is represented as he flicks his iPod from track to track. He loves it.  He has an unrelenting passion for melody and it courses through his veins, much like Wright’s love for film. This fondness abundant on the screen, urging the audience to forget themselves and indulge in the same adoration.

Baby Driver is available on Download from October 27th and DVD & Blu-Ray from November 13th courtesy of Sony Pictures.