From it’s bone-crunching beginning to it’s breathless ending, Bone Tomahawk never plays by the rules. Combining brutal action and dark comedy with a classic Western rescue mission, see The Searchers, at its core, all is not what it seems in the world of writer/director S. Craig Zahler, and his film is all the more special for it. 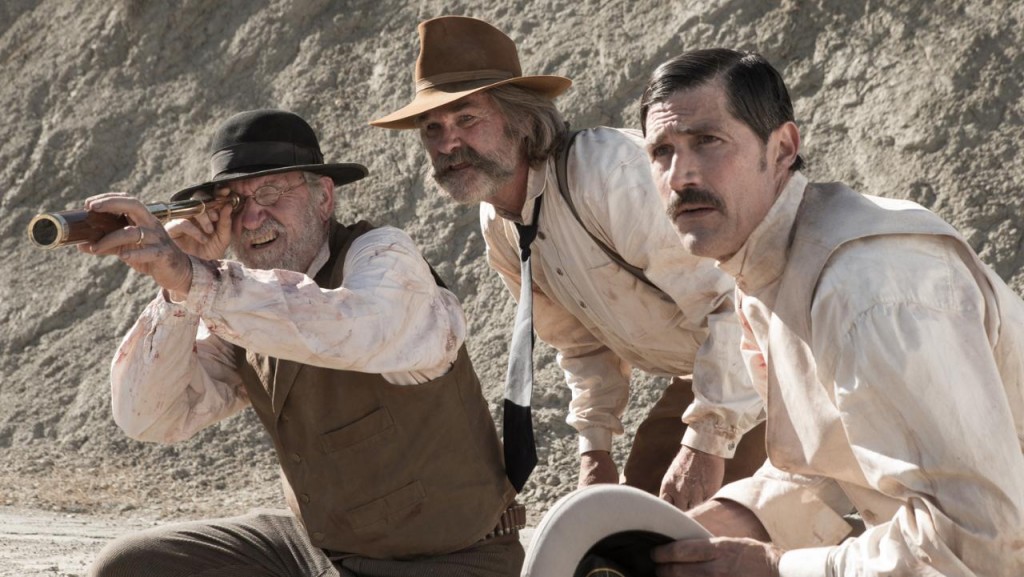 Zahler’s script is formidable. Tight, trimmed of excess and with perfectly weighted dialogue, barely a word is wasted in this harsh, western frontier town.  After a drifter comes into town and is then subsequently kidnapped along with the wife of local cowboy Arthur (Patrick Wilson), Sheriff Hunt (Kirk Russell), his assistant deputy Chicory (Richard Jenkins) and all round badass Brooder (Matthew Fox) assemble a search party to track the bizarre ‘troglodyte’ people they believe to have been behind it.

The film wonderfully juggles comedy with dark Western style, much like John Maclean’s Slow West, but there is much more to this than meets the eye. A shift occurs about 40 minutes from the end that changes the tone entirely. Changing the film from a brooding, darkly funny, character driven Western to an all out horror. The interplay of characters in the early stages pays off as the film kicks into overdrive in the final third.

This is certainly a unique piece of work, but that is not it’s only attractive feature. A stellar cast, a perfectly balanced story, an intensity of focus, a casual comedy, all of these make Bone Tomahawk a film not to miss this year, but since you have already missed it in the cinema, don’t miss this opportunity to pick up the DVD.