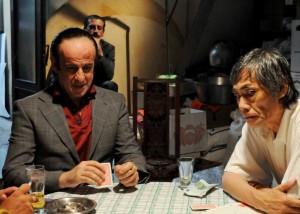 Stefano Incerti’s visually wonderful Gorbaciof has finally made it to these shores after a wait of 3 years. Though it is not getting the cinema release a film of such high quality deserves, it is heartening that Incerti’s sublime talent is having its day on DVD release. Mesmerising yet subtle, Incerti builds his film around a towering and award-winning performance from Toni Servillo. Servillo has more recently appeared in Paolo Sorrentino’s The Great Beauty as a confident, dapper and intelligent writer, but takes on a completely different persona for Incerti. Grimy and filled with none too pleasant characters, Servillo proves masterfully adept in Gorbaciof’s shoes and is rarely off camera and though the universe he inhabits is no great beauty, Incerti weaves a stylish and substantial tale that intrigues and beguiles.

We meet the greasy haired ‘Gorbaciof’, named due to his birthmark resembling the former Russian leader’s own, in the prison where he works as a cashier. A sweaty queue has formed in front of his desk where shimmering bags of waste are scattered around. There is barely a word spoken in the film’s opening but Incerti’s eye for a detail and gritty splendour is unmatched in those initial moments. Gorbaciof is siphoning of funds to attend expensive poker games held in a Chinese restaurant. It is in this restaurant he begins to fall for the proprietor’s daughter Lila (Mi Yang) and as her father begins to fall 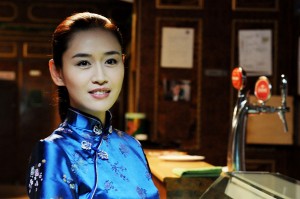 into debt to the violent characters that attend the games, Gorbaciof cannot stand idly by, leading him down a perilous path.

Gorbaciof is a magnetic character, the film flows through him and his every action is scrutinised intensely by Incerti. Conversing is not really his thing, he communicates everything he needs with a look, Servillo’s fantastically expressive features sit mostly in a glum relaxed position but flex perfectly when needed. He may not be the coolest character around but he does not get fazed easily and is brilliantly unpredictable. Impatient and impulsive Gorbaciof is shot in short but sweet moments. The film itself runs in at a little over 80 minutes, Incerti wastes no time and every scene is important, the sparingly used dialogue is always essential and revelatory, whether it is to progress the story or to hint at feelings or the characters past. Incerti’s film is totally visual in that every frame matters, each is filled with superb images and flawlessly added music. 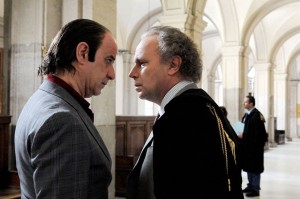 Suspecting that he is being followed Gorbaciof ducks into a betting shop cum games arcade. His face twists and turns as he pretends to study the screens, really he is planning. Music from a nearby Space Invaders arcade machine begins to pick up as it reaches its dramatic climax, Incerti is simply building tension. But then Gorbaciof breaks through it, casually leaving the shop and walking down the street, he has decided his plan of action and is not afraid to carry it out. He is the kind of anti-hero that can get bogged down when love is introduced to his story but not this man. His love feels more real because he is far more difficult to decrypt. A promise of a life away from criminality is placed in front of him but redemption is not for everyone and with a character as capricious as Gorbaciof, one has to wonder, is there really any hope left for him? 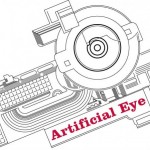