Jimi: All Is By My Side DVD Review | Front Row Reviews
Home
DVD/Blu-Ray

Jimi: All Is By My Side DVD Review

Who doesn’t like a biopic? Well, who doesn’t like a music biopic? There may have been a few duds along the years but to look back at Walk the Line and Ray is to do so with fond remembrance, even if they are both occasionally flawed. However, even the most stunningly made music industry biopic, Anton Corbijn’s Control comes to mind, seems to follow  a certain formula. Beginning in poverty, followed by their rise to fame using undoubted talent, remembering their years at the top with many problems and going on to whatever end the musician made. Of course it’s impossible to blame the filmmakers, this is the tale they are given, but maybe a shakeup is needed, albeit a shakeup forced upon the filmmaker due to legal constraints, and that is exactly what Jimi: All is by my Side is. 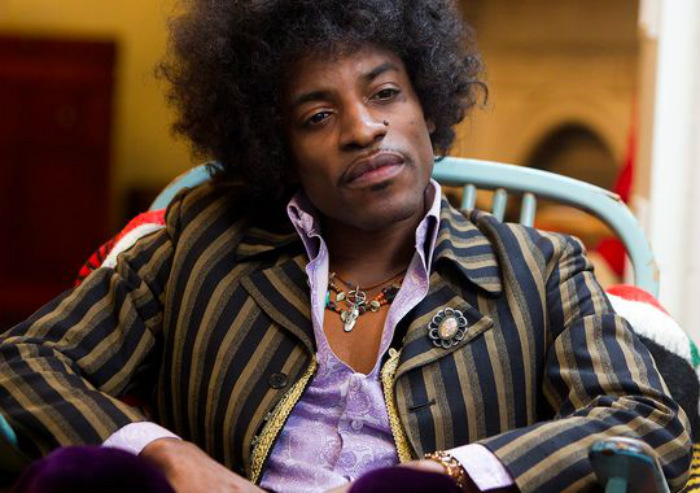 12 Years a Slave writer John Ridley’s insistence on showing the darker parts of Jimi Hendrix’s story resulted in the Hendrix estate’s refusal to allow him rights to the music. This stopped Ridley, who also sits in the director’s chair, making a full career film. Instead he focuses on the period between Hendrix’s move to London and leading up to his first big break at Monterey Pop Festival in 1967 and the release of his first album.

What this produces is a leaner film. A film that lacks the long musical breaks of traditional biopics, that is closer to the day to day experience and lets its subjects talk more. This helps to dispel myths around an artist, it’s clear that Jimi is a musical genius but interactions with groupies, bandmates, music industry bigwigs and activists all shed light on the nervous, quietly-spoken, spontaneous and occasionally angry Hendrix. Andre Benjamin relaxes wonderfully into the role, honing Hendrix’s iconic tone of voice and physicality. 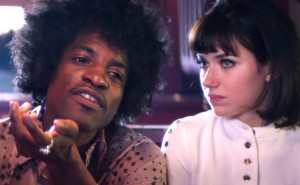 Instead of understanding Hendrix’s career, the audience gets to understand his relationships. Linda Keith, girlfriend of Rolling Stone Keith Richards, (Imogen Poots) who brings him to London and brings him together with manager Chas Chandler (Andrew Buckley). These two are his drivers, his inspiration to become more than just a great guitarist. Girlfriend Kathy Ecthingham (Hayley Atwell) is someone who allows Jimi to emote in different modes. With her he is at his most impulsive, his most enjoyable but also his most heated.

Ida (Ruth Negga) tries to unleash the activist in Jimi but instead finds inside him a gently intelligent conviction about the power of love overcoming the love of power. All the put aside the film lacks energy, the pace usually afforded to music biopics due to frenetic gigs and the need to plough through the story at immeasurable speed is missing and leaves the film stale in places, though the stuttering velocity sits nicely in Hendrix’s world of unplanned love and music.

The lack of Hendrix’s music is an unmovable, upsetting constant in a film that really could do with it. Though Benjamin performs on occasion, and yes it does sound like Hendrix, but the dearth is inescapable. Jimi is a compromise, on moral grounds perhaps. For Ridley to tell the story he wanted to he had to sacrifice the music, but then he has sacrificed the music. Jimi gets round it but not so far as to gain the notoriety of some of the other greats but will tread its own path, in the spirit of the man himself.

Jimi: All is by my Side is available now on DVD