Edinburgh International Film Festival: Round Up One 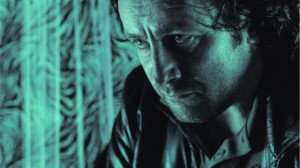 We were told that Gerard Johnson’s Hyena was selected for the opening night film for EIFF 2014 because it was ‘emblematic’ of what the festival is all about. A case of a film with a bold vision, one where the style is substance and that style/substance will thrill us and uplift us. Then we watched it.

Hyena is not thrilling, nor is it uplifting and if style is substance then Hyena is a sweat drenched, neon-lit, stereotype laden nightmare. The story of a police drug squad that indulges, perhaps too much, in the spoils of their victories is neither new nor is it properly examined. The lazy script jars between characters and situations, never for a moment developing any of them. Our antihero Michael (Peter Ferdinando) has nothing to say of any consequence thus when his potentially redeeming moment arrives it is impossible to care.

And Hyena is just that, thoughtless, void of feeling and genuinely not entertaining. Even a strong performance from Elisa Lasowski as trafficked girl Ariana and a vital score produced by The The (the director’s brother’s band) are not remotely close to saving a film destined to be forgotten in an EIFF programme of far more vitality and style.

A solemn tale of Kurdish refugees living in Norway, Letter to the King examines, through a series of separate yet connected stories, 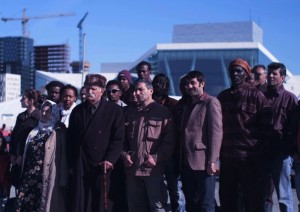 the treatment of refugees and their fight for redemption and pride living in one of the richest countries in the world.

The striking connection between ‘Kurdistan’ and Norway is their vast amount of oil, yet it has been received in such different ways. The Norwegian economy is based on it, yet it has torn the Kurds apart.

On a day trip to Oslo, a break from the monotonous life in the camp, director Hisham Zaman fills each of his protagonists with purpose and asks his audience to follow their separate stories. This always brings the possibility of a fractured narrative, but each of these disparate souls has something to offer.

The letter in question is to be delivered by Mirza (Ali Bag Salimi) to King Harald of Norway. In it he begs the King to be given a passport to let him return home. His pleas echo throughout the film, tying each story together, portraying the lost, searching for somewhere to belong, 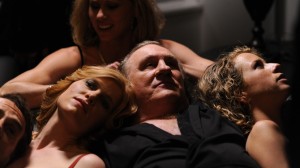 On paper, an Abel Ferrara film about the Dominique Strauss-Kahn affair, could well be a supremely entertaining offering. A scathing assessment of a man accused of attempted rape, one who never seemed to understand the full extent of his actions. Something he managed to wriggle his way out off and settle with the defendant out of court.

Films aren’t made on paper however and once you put French behemoth Gerard Depardieu in front of the camera, things start to look out of shape. Watching Depardieu act is like watching a tortoise trying to right itself from lying on its back. You’ve heard that he is able to do it, but, watching him waddle back and forth awkwardly, questions begin to arise as to whether or not it may be a myth. Add to that the grotesque sexual appetite of Strauss-Kahn being portrayed by a man now more jelly than anything else and sections of the film are enough to put you off your dinner.

Aside from the rather horrendous dialogue and acting, Welcome to New York is just rather dull. There are moments when it threatens to burst into something more interesting, certainly an introspective voiceover from Depardieu as he mulls over the proceedings on his balcony is a revelation in this film, but Ferrara drops the ball quite spectacularly here. Aided and abetted by Depardieu’s pantomime exertions.