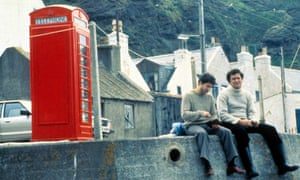 Once, in the distant past, making money while systematically destroying the environment was an okay thing to do. Money was king and it also underscored progress of a kind. Big business was toxic and ecology was expendable. LOCAL HERO reminds us of the toxic nature of American capitalism. Neigh of big, multinational conglomerates and their cheque books to buy the land (and soul) of people. It also reminds us of the playful Channel four film division and how it funded films that were exceptional. 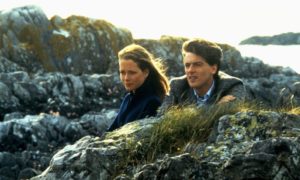 Knox energy is a Houston based oil concern. It has eyes on a remote Scottish locale called Ferness as its next oil port. Executive “Mac” MacIntyre (Peter Riegert) has to close the deal. So a business trip to Scotland is in order. The destination is beautiful, peaceful and unexpected. Peter’s boss and owner of Knox Felix (Burt Lancaster) has his eyes on the stars and not the land, for a celestial event. Mac plan to buy out the townspeople, so the new refinery can be built, ends up changing his life forever… 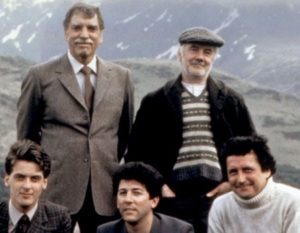 Bill Forsyth LOCAL HERO is a British comedy. This means it translates less well globally than we think. Sardonic and sarcastic in part, it is also ironic and comedy about the notation of detail. Culture clash in the main. American capitalism versus Scottish obsequiousness. Its comic. I expect that some do not get this. Its subtle. Gentle like the water of the bay. Washing in and out with natural pace. It holds the note well. The tale never unpacks before time. The laughter is gentle and more remembered than immediate. You can take it with you. Where the best moments are to be found are at its local observance. Playfully reminding us of life outside a city. 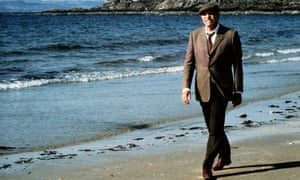 I wasn’t blown away by the transfer. After the Criterion release, which was rich and warm. Also it made the low light grain adorable in the night scenes. Here it is just ok.

All on there own disc (bar the commentary from the only accepted voice in film nowadays Mark Kermode. God help us) Right the best three.

New interview with composer Mark Knopfler. Sounds an odd first choice but Knopler has aged into a considerate thinker. Short but still explorative of the themes. Just like the music, it never steals the scene. The South Bank Show – Making Of Local Hero (1983). Seen before and would and did return again. Melvyn Bragg guides the piece. Finally, Interview with Bill Forsyth. Mark Cousins got Forsyth and so does this interview. His work is about the range of storytelling. No more. No less… 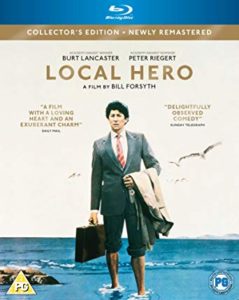