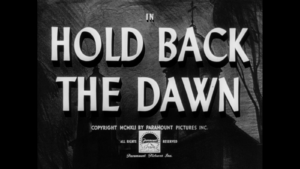 Immigration in the United States of America is a controversial thing now. Protectionist positions are common and even applauded by naive and ignorant members of the electorate. Back in 1941 it was not a different picture, it was a familiar one. Desperate people, exploitative people, weaker being preyed on by the strong. Then as now, Mexico was at the coalface. Stuck in a position it neither wanted or was able to control. It became the centre of those desperate to move from their home countries (some at war, others under fascism grip). HOLD BACK THE DAWN underscores all of this. Taking the template of a drama with sprinkles of romance, it is a sometimes disturbing piece about the way those with power and cunning can extract all manner of pleasure from pain. Collusion is a key to the success of creatures making a play for their needs and desires. As is naivety, dreams, delusions, optimism and even evil. 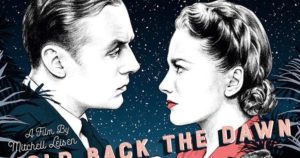 Georges Iscovescu (Charles Boyer) is a Romainian gigolo who has found his way to a border town in Mexico. He wants to get into the US but has been told it could take upto 8 years on the quota system. In steps Georges former dance partner Anita (Pauline Goddard). She is on a day trip to the border town for the forth of July holiday.  She has already got into the US via a marriage certificate. She sees his best choice as getting married. Get married to an American girl and you are set. In steps Emmy Brown (Olivia De Havilland). She is a school teacher stuck with 10 kids in the town after a car crash. Iscovescu sets about making her his target and after a couple of hours they are married. The dream is almost complete when in steps another character! Inspector Hammock (Walter Abel). He is an immigration officer and can smell a rat out at forty paces. He thinks that something is up and sets out to find it… 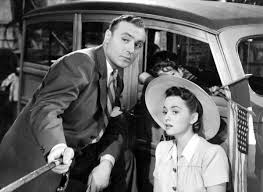 I cant stand up and say this is the best of the Hollywood melodrama or cheer that Billy Wilder worked on it so it must be good. The advertising campaign behind the film seems to be developed on this. One is for the wider film audience, who have never heard of this film. The other is the film studies student, who is often told and touted with Wilder as one of the greatest. He is a great film maker. Better than many of the current bunch of dullards. All this however still doesnt hide that HOLD BACK THE DAWN is a squandered piece. It is a truly wasted opportunity in many, many ways. It is a unbalanced piece. It suspends disbelief so extensively. It lacks craft skill. Its written with a lack of grace or care and sometimes ebbs away ideas. There is some good. Its cast give it their all. The use of the Mexico set sometimes is brilliant. The editing is often sharp and solid. These all play to period technical skilled and acting performances. Many derided. Now I am not saying that it is an awful film but it is far short of a classic of the period.