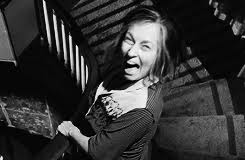 Robert Aldrich, Bette Davis, Olivia De Havilland, Joseph Cotton, Agnes Moorehead…good lord that is what you call a line up. Davis is Charlotte Hollis. She was in love with a boy but after a nasty murder took place on her birthday of this boy child, she has been locked away in her home. Trying to escape the whispers and the words of her and the boy. The murder and the culprit. Along comes Olivia as Miriam. You see the state want to knock the house down and build a bridge. A bridge to connect the place to civilisation and progress. Charlotte does not want to move or see progress. 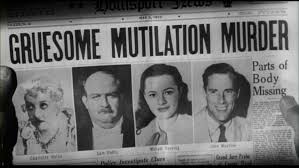 The problem is as seen by Aldrich (One director who loved to play with the darker side of psychological warfare between sexes, siblings and society), the events need to be seen and demolished before the house can be. He selected a cast that could convert the themes into a strange horror story. A darkly Gothic drama that Kat Ellinger delivers an assured, inviting series of notes on. Her notes on teh cast and the trobuled production (that Gambin also goes over) are full of promise of thrills and bitchy skills. 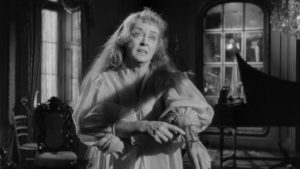 But for me, the film excels when Cotton as Dr Drew Bayliss, who tries to help in an obscure way, comes to the picture . Even Glenn Erickson, in my preferred but already surfaced commentary gets this. Even he is struck by how the Welles players of Cotton and Moorehead (who is the loyal servant and Charlotte’s voice of reason) move the film past melodrama mess to something special. So when Charlotte seems to be haunted by pianos playing and dismembered hands laying, we buy what it could be. Not believe its all as if something or someone wants her driven mad…