THE ANDROMEDA STRAIN began a genre. Was written by a sci fi demigod (Michael Crichton and yes he of JURASSIC PARK, COMA and WEST WORLD) and was even featured on my favourite show Moviedrome (video below). Arrow films have finally seen fit to release it for a new era of fears. From its opening satellite crash, the wiping out of a small town in rural America and the scientists called into resolve what has happened and more importantly why, THE ANDROMEDA STRAIN is more than a film about pandemics. 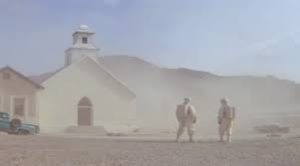 Director by Robert Wise (he of The THE SOUND OF MUSIC and one Hollywood top directors) brings a well needed seriousness to the subject. Detailing scientific responses to the growing menace of an alien, somehow toxic to life on this planet. Oddly I have just finished reading THE BLACK CLOUD, a novel about alien exchange and both are rich with details of the problem of finding data. In THE ANDROMEDA STRAIN data is needed to stop a threat. Four scientists have days to resolve the issue. 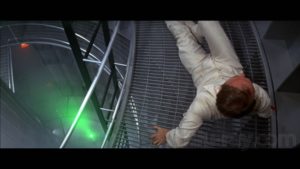 Often working long gruelling hours and working over tiny details that we as an audience must be equally as observant about. We need to detail body movements, blood groups, acidity levels. All in quest for hope. Dotted around this frame are the nightmare scenarios of the disease expanding. Death on a global scale. It all works. Why? Put simply. Its Wise and the seriousness of the piece. Never swaying. Never pulling away and looking for a fantastic solution. Never lazar beaming, nuclear bombing or even trying to wrong foot us.