As Mario Ruoppolo (Massimo Troisi) cycles the streets of his small Italian island town in his ill-fitting suit, echoes of Bicycle Thieves sound from the dilapidated walls . Simultaneously Luis Enrique Bacalov’s score soars from the rooftops, ringing out memories of Ennio Morricone’s unforgettable symphonies in Cinema Paradiso. Yet, like all poetry, regardless of the beauty of the surface, it is the subjective worth one gains from it that etches the words into our minds.

Il Postino is drenched in the idea of the worth of poetry. Mario cycles to find work at the local post office where, unbeknownst to him, his only task will be to deliver copious amounts of mail to the exiled Chilean poet Pablo Neruda (Phlippe Noiret). The famous name is initially unknown to him but Mario soon learns of the admiration legions of women have for Neruda’s love poems, and decides to try to extract from him, the secrets of love. The two strike up an unlikely friendship as the poet is charmed by Mario’s naive sentimentality. 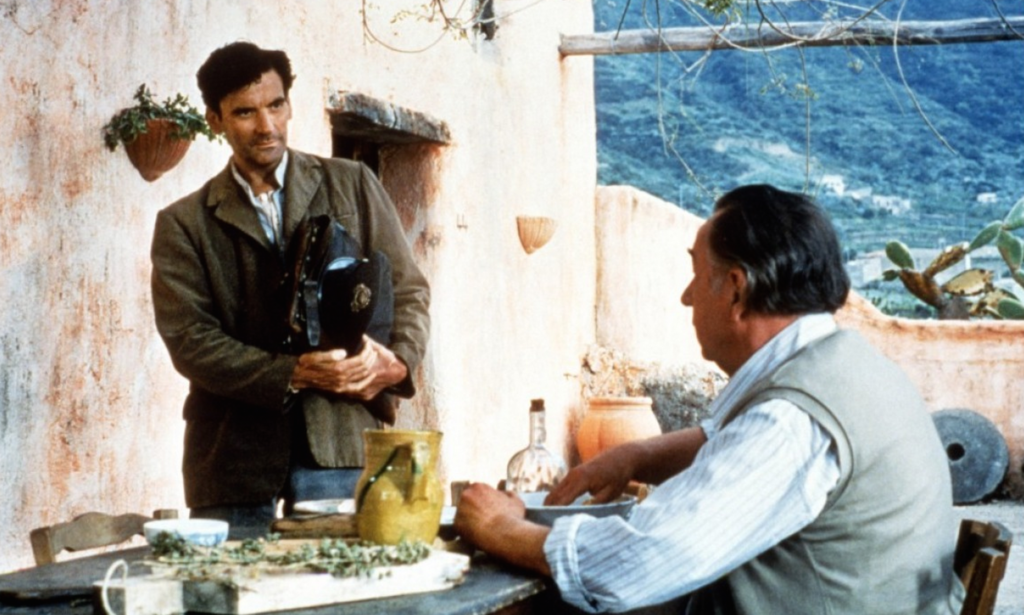 Troisi gives Mario a simple genuine honesty that carries the film, he is incredibly engaging. Given the circumstances of his illness during the making of Il Postino and subsequent death just 12 hours after the cameras stopped rolling, it’s impossible not to warm to him. Director Michael Radford’s camera yearns for him, yet the quiet poise of this film is somewhat undone by ultimately hollow narrative.

Unlike the rich poetry of Neruda that Mario so admires, Radford’s masterfully slow-paced and unobtrusive direction is let down by a story that swings from sentimentally silly to full on chauvinism. Mario seeks to win the heart of Beatrice Russo (Maria Grazia Cucinotta), and uses an endless stream of metaphors to court the much sought after beauty.

Beatrice is given little to no narrative depth, she is merely a prize. The camera leers over her slender frame and olive skin as do the many visitors to the inn she tends. Though she is all important to Mario, who barely knows her, she has very little to say and certainly not about anything other than the man she quickly agrees to marry. 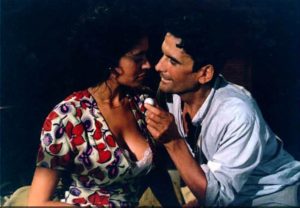 Il Postino’s screenplay hints at the virtues of poetry. To appreciate the beauty of nature. To inspire love for one another. To invigorate the people against despotism. Yet none of this is actually fleshed out in the story, as if the mere mention of it is enough. In the end it is only Mario for whom we have any sympathy. Noiret can’t muster any more than a whimper of the wonderful performance he became iconic for in Cinema Paradiso. His role seems functional in this story, a narrative lever.

For all the promise of this slow-burning, simple tale, it fulfils little. Pretty words with no meaning.