Filmmakers are an utterly perplexing bunch. Some are hailed as visionaries, undisputed geniuses of the medium. Some are underground gods of subculture and some are rightly lambasted for their idiocy in misusing such a powerful tool for communication and amplification of ideas and stories. Then there are some who somehow manage to stumble between greatness and something considerably less than that. Claire Denis falls into this bracket. Creator of the vital, electric Beau Travail some 15 years ago, her latest offering Bastards, does not manage any of the energy and boldness of her previous work. There are the bare bones of a good film underneath all the confusing, sometimes ultra-real. sometimes nightmarish narrative deconstruction, but not enough to flesh out another stunning piece of work, instead leaving Bastards aimless and somewhat hollow. 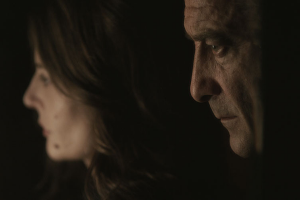 The film begins with a storyline that would make any soap writer introducing a new character proud. Ship Captain Marco (Vincent Lindon) returns to Paris after a distressing phone call from his sister Sandra (Julie Bataille). Her husband, his best friend, has committed suicide. The family has been troubled, she tells him of problems with her daughter Justine, played by a criminally underused Lola Creton, and how the business is going bust. She points the finger at one man, her husband’s business partner Edouard Laporte (Michel Subor), prompting Marco to conduct a rather amateurish investigation of the shady antagonist. 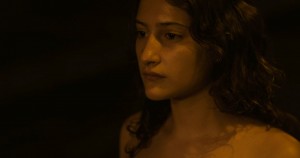 As a thriller the film is a bit of a non event. Marco at first seems to be an avatar as facts are revealed but the audience quickly overtakes him, though Denis’ attempts to cloud what is happening with disjointed conversation and disorderly plot. Denis relinquishes the poetic rhythm of some of her previous work and opts for a far less fluid film that feels as though it jerks from scene to scene and between genres. The inconsistent pace and less than clinical shot choice results in a bewildering film that simply tries too hard to be different, without ever considering whether or not different is good.