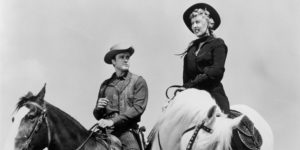 Samuel Fuller. A name that is massive in cinematic circles. For some the greatest renegade film director of all time. To others a blend of studio maverick and crusader of injustice. Gets an outing from EUREKAs Masters of Cinema range. Five of his films, made during his time at 20th Century Fox, have found there way to our screens. FIXED BAYONETS, PICKUP ON SOUTH  STREET, HELL AND HIGH WATER, HOUSE OF BAMBOO and FORTY GUNS. Three of these have already been released by Eureka in dual format versions. Two of these films are classic genre films and one is a stone cold masterpiece. Now this will not be a selective review of the films, instead we are going to run over the set. Rating the reason to buy them each, then collecting that all together for the set. Giving you a chance to decide if it is worth spending money for the set. 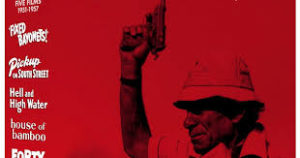 So lets get to it. The first film FIXED BAYONETS is the same disc as what you paid for, minus the DVD. The 4K is lovely enough. The 1080p still retains something. Now I personally dont think that Fuller cinematography was over lit here. Snow seems to shine the light back at the celluloid. However it has been slightly corrected for this. This is a Fox restroration. However I object to buying the disc as there is no new stuff. Film scholar Adrian Martin commentary work is very good. He seems to understand the significance of the historical event surrounding the film as well as Fuller. A historian must always know this. If you havent got it or are a completist, then do buy it for this.

PICKUP ON SOUTH  STREET. Film two. Again this has surfaced before. 1080p of the 4K again is lush. This was always my favourite release from EUREKA. Noir Classic is an over used term but it fits here like a glove. One of the significant reasons for this is the lighting. Black and white like hardened colours battling for supremacy. Wow. The extras are all from before. I didnt like them then. I dont now. They over play the art angle. They seem obsessed by film theory and surely we need a bit of the genre grim and all to balance it out. I think Fuller would have liked that.

HELL AND HIGH WATER is new to Eureka and to us. This cold war action -drama beast might not hold its own today story wise but it really is a statement of promise from Eureka. The 1080p of the 4K deserves respect. The flattened technicolour is flat on screen in a good way. The tones are 50s chrome and not 30s rich. This is all complemented. The audio commentary by Scott Harrison is a must listen, Harrison is a well informed, analytical and stellar historian. His written work is on my to read list.  Also on the disc is a documentary on lead actor Richard Widmark. Short but points to his talent, strength and irreverance to the system. Well only a little.

HOUSE OF BAMBOO is a personal favourite. A masterpiece. Another new addition and a Fuller film with guts. Robert Ryan is on fine form as an evil gang leading ex soilder in Japan. Again the 1080p. This time from a 2K version. To be honest it captivates. Colouration in particular is delicious. Warm and dense. Those sets come into life but are not over rich like the standard DVD. Both commentaries are worth running over but the better one is Film historians Alain Silver and James Ursini. I preferred the examination of Tokyo and Fullers life than the script and substance analysis. The best extra is the video essay by David Cairns. Both for its range and for its Fox examination. this deserves its own disc. 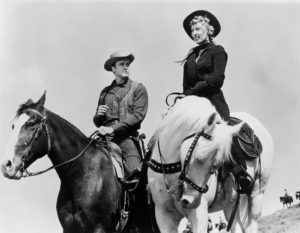 FORTY GUNS has been remastered. Newly authored. This is really a much of a muchness. I saw little difference in the two versions. Maybe a little on the depth of field clarity but outside that no. Nothing extra.

Rightt ho. This is well researched, energrtically written and often revealing. However it is a stand alone to the disc booklets and as such covers the Fox period and the films equally. I felt it should have been broader and bolder in the Fuller analysis.

Although previously released by The Masters of Cinema Series – the Forty Guns disc has been newly authored from Fox s 4K RESTORATION. All bonus disc content remains the same.