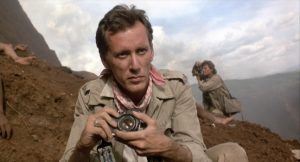 Salvador saw a destructive civil war that saw US imperialist and Soviet expansionism come head to head. Millions were displaced, Thousands were killed, hundreds fled, 85% were murdered by Salvadorian Army death squads. In Oliver Stones film, we record the war from 1981, through the eyes of Richard Boyle (James Woods), a photojournalist without a gig. He goes to El Salvador to capture as the country tips over into revolution. What he faces is the true horror of civil war. 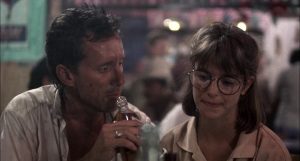 Oliver Stone at this period of his film making life was in the assent. I truthfully am a fan of much of his work, even his later work, but I especially love his films which do not pull punches. He hits hard with the film of SALVADOR. It is based predominately on the truthful translation of events which destroyed a country and its people. It is also more than this. Being a strongly intelligent film about political discourse via media outlets and from a time, like our own, when bigoted anger en mass was seen as rational conversations and thought.