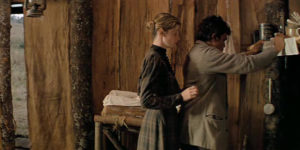 Based on the Booker nominated novel by Thomas Keneally (he of Schindlers Ark fame). THE CHANT OF JIMMIE BLACKSMITH never seems to pull the punches, in terms of its content. It also has moments of extremity that might not sit as easy with a newer audience. Coming from the ozpliotation genre and from an era where we were challenged to ask questions on and offscreen. This Australian film might just be the most timely release of the year. It explores the very relevant issue, that seemingly has become more important today, racial politics in the post colonial world. At its core is a tale of a man in rebellion but in truth it is a film as much about resistence, resilience and standing up to the organisation of today. I suspect Donald Trump will not be watching.

Jimmie Blacksmith (Tommy Lewis), a man of half-Aboriginal ancestry  in early 20th century Australia, is on the outside of society. Racism is direct and rife. Raised in a white Christian family, he never fits in. Rejected by white people in the community. Blacksmith finally breaks after a series of humiliations from e brutally murders his employer’s family. 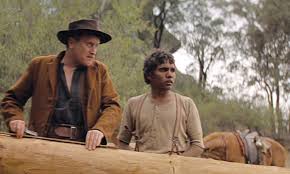 So let’s get it over with. Yes as our friends at Melon Farmers inform us, THE CHANT OF JIMMIE BLACKSMITH suffered under the censor in the UK. Well officially it was seized subject to an Obscene Publications Act Section 3 Seizure Order. This meant it was effectively banned. Why? Fred Schepisi translation is a force of nature. It strives to tell the story, warts and all. 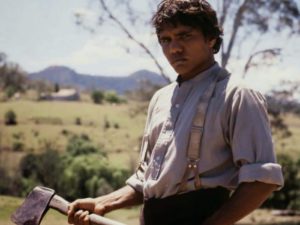 The violence is palpable. Honest. The triggers are executed without varnish or manipulation. This is something to stand in awe of. Its like being run over. Then the same vehicle reverses. Never swerving. Never breaking. The film should, I say should be something which must be taught in historical studies. For it is a stands alone as a work about the colonial era. Without veneer. Violent and true. It will inform students and might even capture their attention as well. 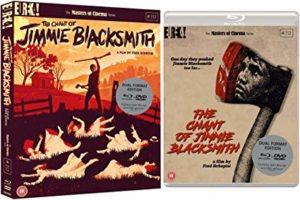 There are two version of the film and this is the best feature on the disc (there is a string of bits to explore). Both versions work. However they show the Australian Version, which is harder and less subdued. The International Version is my preferred cut though. It handles the whole with a zing.