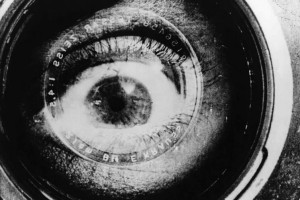 A day in the life of a city that never stops, that literally breaths in with its morning call and out with the glow of the street lamp. A city that has throngs of people that are just living and moving, going to work, going to school, dancing, drinking, eating, being. Technology allows us to move forward to enter a new world of hope and expectation. The city is the place where it comes into its own. Rails that lead trains to stations, cables that lead power to houses, wires that lead to communication to the world at large. A dream of the place many live in that is so hypnotic and compelling as to be a vision of heaven. 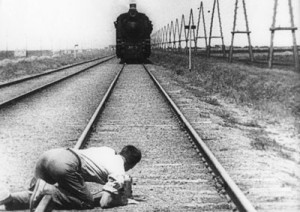 I love Vertov’s work. It hums with ambition of the film makers of the early years that saw film as the great device to capture life and existence. He did things with film that we today are amazed by and this film is his calling card. They saw it with the love of a geek and of a magician. Tricks where being developed and so was the language of the form. Vertov called life being captured by film ‘The chaos of visual phenomena filling the universe‘.

I know some will look at this in two ways – Propaganda films from a lost civilization or old boring film dullness. Both opinions are so wrong and should be reconsidered. This film is very much a time capsule of a space that was on the move forward but it adds so much to this conversation. It introduces to film form great technique, great rhythms, flows and even language that now have become common. It exposed the reality of communist realms without being judgemental and demonic in its ideology. It most creative point is in its constructed montage of visual magic that should simply be seen and consumed. You will feel rewarded by it I can assure you. 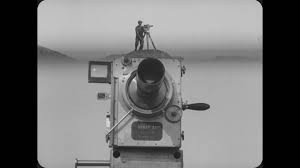 This version is one of a few that have come around in the last couple of years. The new High Def is awesome and finally cleans up some much needed haze. The commentary adds a great voice to images and its so well informed. The doc with Ian Christie is superb and that is where I would start in truth. The booklet is AMAZING. AMAZING. AMAZING….did I mention it is amazing….

Then we have the 4 additional shorts….You lucky people!