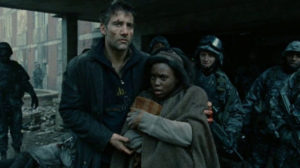 Alfonso Cuaron dystopian nightmare comes back to us on a HD master from Arrow. Its 2027 and the world has been plunged into chaos. No child has been born for 18 years. Global infertility has left the planet barren and bleak. Theo (Clive Owen) is drifting through this. He was an activist but is now escaping terrorism and state violence. His best friend Jasper (Michael Caine) lives a recluse, being a famous political cartoonist in a police state. When his former partner Julian (Julianne Moore) ask’s him for help, he wonders why… 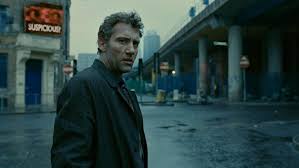 Some call CHILDREN OF MEN a nihilistic parable, a story that deems religion and state as the great oppressors. These fear become abstract if we drift away from a world of  capitalist safety. I disagree. It is actually a work about hope against despair. This is also rite large in Cuaron work. Using the long take to great effect (but not finding cinematic truth as the director professed), it is a visceral film. 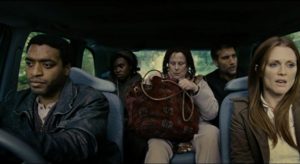 Paced like a sprint finish over its 2 hour duration, Clive Owen keeps breathless pace. Violent splashes of blood rip at the screen. Blood splatter sticks to the lens, the camera probes the scene and sometimes the energy out paces the audience. At its best, CHILDREN OF MEN, illustrates how film can become pure visual storytelling. At its worst, it becomes overly eager in events and they lose us in what is happening, both in visual navigation and connection. 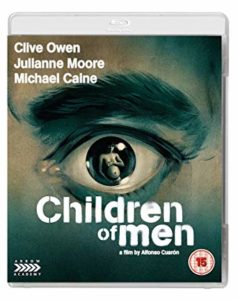 The best? Well forget the transfer, which is a standard 1080p version that is still visually lovely. Reesman’s commentary is top of the extras. Detailing in intimate notes, the films making and those contributions from a whole host of film makers and actors. Philip Kemp appreciation is hit and miss, Ellinger’s stands up and takes us in the PD James textures of feminism.