Sir William McCordle (Michael Gambon) is a awful man. When at a weekend shooting party he is hosting, he is murdered it is no surprise. Was it one of the guests, all of whom need his money to survive? Was it one of the staff, all of whom have myriad reasons, from sexual to political? Or was it just an unlucky robber, who offed him in order to get away with the loot? 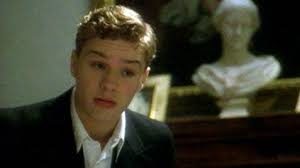 2001. Robert Altman directs GOSFORD PARK. Starring major faces in British cinema, set in a country house post WW1, executed like an Agatha Christie murder mystery but with class at its core. This is both classic Altman (ensemble cast, overlapping dialogue and master shot’s galore) as well as classic ‘whodunnit’. Its a country house, all suspects are under one roof and the murder mystery is compelling enough to carry you through. The only downside, this would spark the beginning of DOWNTON ABBEY among other things. 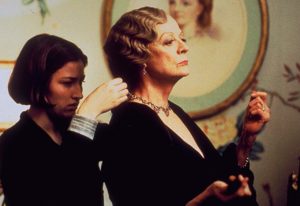 The 2K (not 4K) transfer from a 4K source has some issues. The grain in the shooting sequence is almost unwatchable. The interiors are clear and colour rich but that opening scene is washed out and dull.

Best thing here is the commentary from Altman experts!