Iguana with the tongue of fire Blu Ray review 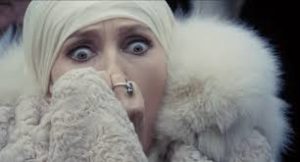 Giallo with animal themed titles were all the rage after a certain Dario Argento’s stunning Bird with the Crystal Plumage became a hit in Italy. From Spiders, Birds, Felines and more being summoned up. This later period reptile themed Giallo title disguises a bizarre mix of sex, politics, red herrings and Ireland. Coming together with a heavy dose of abstraction, its high points are its score, its cinematography and its absurd plot, make up for its negative points. 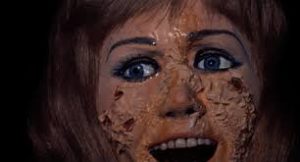 Ambassador Sobieski (Anton Diffring) is on assignment from Switzerland to Ireland. His wife (Valentina Cortese) is coped up at home and wants to escape. When she gets the chance to escape to the city, its all off and running. The car draws up, she packs in the days essentials and discovers the mutilated body of a woman in the boot. Where did it come from? Why did it appear there? and who did it? Was it the driver, the husband, the daughter? 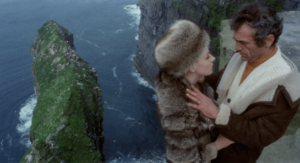 The extras on this disc are really where you should start and not me trying to define the fraud that led to this films making (thats the novel that never was, the director who wanted to remove his name and the script that was half finished.) Giallo connoisseurs Adrian J. Smith and David Flint weigh in to this. 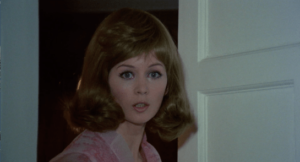 They get to the issue straight out of the gate and never flinch from treating the films bad, as well as good. I loved it. Start here! DJ and soundtrack collector Lovely Jon speaks about the great soundtrack as if it was a love affair that he is reliving in tender detail. Another superb conversation. The really interesting piece for me was assistant editor Bruno Micheli. A very interesting point of view on film warfare, absurdity and finally reinvention. 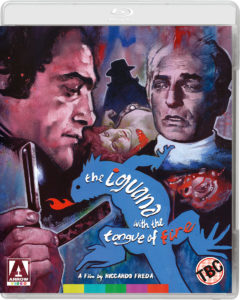