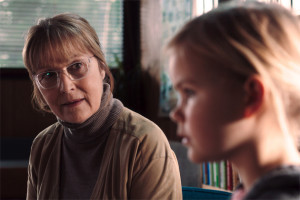 Mild mannered kindergarten worker Lucas wife left him for another man some five years back. He is in a small town and everyone knew. Having to navigate the minefield of public opinion and private ideals, he has found the post divorce hard. Now he is back on his feet and working in the job he loves. The kids love him too. They see him as a large adult who they can have fun with and be friends with. One little girl even gives him a heart and a kiss but he cant take them. He wants her to know that they are friends. That this is for the boy she will love. When he is accused of indecent exposure to a child however, everything falls apart. 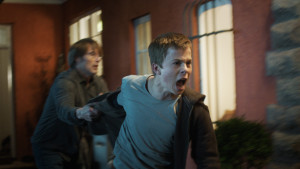 Vinterberg, dogme 95 and Trier are always going to be present in any conversation about this or any of the movements films. You have on the one hand a group who wanted to challenge and made some truly outstanding films that were visionary. Then on the other hand also made some truly terrible, bloated and self indulgent works.  They often did this when they were unable to focus on a project that has a strict body identity or a message of some importance to their personal politics. 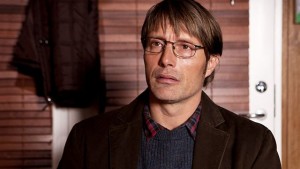 The Hunt is such a work. Its political stance is that of the modern as the menace. The idea that we are becoming very myopic and insular as a being, due in part to fear. This fear is timely. As we have seen with the catholic bishop sex scandals and the horrific Saville events, we are being shown details that are shocking. Director Vinterberg should be praised for never holding back on the subject. No punches are pulled and the topic is allowed to grow. This means we can see an adult debate rise and discussions evolve. 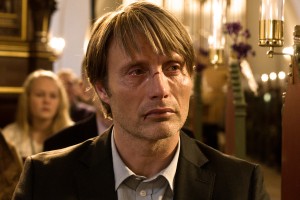 However it would have been less powerful if not for the great performance of a fine and truly outstanding actor in Mads Mikkelson. He has a physical presence that is for sure. He also has a wonderful manner. A softness in his arms and a tenderness in his stance. A warmth in his smile and then we expose a darker side of emotion and wolf like rage. He has a face that is divine but also executes the subtle glance of fear, the open eye of joy. Without this The Hunt would have fallen. With it and with him, it becomes a work of staggering power indeed.

The Blu ray looks wonderful but then the DVD version was visually delightful. This upscale has allowed for the fine cinematography of the exteriors and the school to come out. So that it feels both enveloping, Then it becomes never quite revealing as well. The making of adds a little but not much in my opinion to the piece. The real key to this release is the Alternative ending and those deleted scenes…