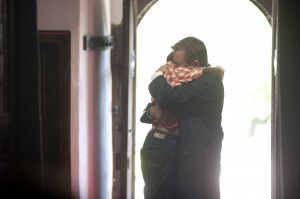 Broken is an interesting piece of cinema; it is based upon the 2008 novel by Daniel Clay, directed by Rufus Norris who is known primarily as a theatre director (London Road) and won a BIFA last year for Best Independent British Film. All these elements come together to create something, which could be read and understood differently depending on your attitudes to British cinema and methods of filmmaking. As someone who is very keen on the sight of the town from the top of a hill or a dark mist over an estate, I was surprised that Rufus Norris’ Broken both fulfilled and excelled my expectation of good quality British cinema. From This Is England to Control, with a touch of The Ratcatcher and even murmurs of The Arbour, Broken is one of the strongest British debuts I have ever seen. It’s visually rich, beautifully written, emotional and extremely entrancing.

The film concentrates on Skunk (played by first time actress, the incredible Eloise Laurence), an 11 year old diabetic girl who lives with her brother, Jed (Bill Milner), her father, Archie (a very handsome Tim Roth) and au-pair, Kasia (Zana Marjanovic). Kasia is dating a teacher from the local school, Mike (Cillian Murphy) but their relationship is constantly on the rocks as he doesn’t know what she really wants. They don’t live anywhere particularly special, and ultimately there is nothing about them that would make them stand out. They are a run of the mill family, with their own issues. They live each day for the highs and the lows and together, they fight to keep above water. But what goes from a normal day, becomes anything but when a fellow neighbour, Mr. Oswald (a horrifying Rory Kinnear) beats up Rick (Robert Emms), one of Skunk’s few friends. Skunk watches the attack take place, and this causes a spiral of events that leaves the road reeling in a terrifying mixture of death, hatred, secrets and lies.

Broken touches so many themes within it’s albeit brief story, and although some could argue that it tries to do too much, I was entertained throughout. Not only 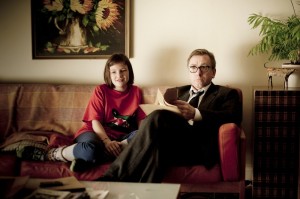 does Norris manage to balance comedy with drama, but his characters feel so very real. Nothing that happens feel superfluous or hyperbolic but instead moves from one drama to another. Interestingly it seems to be making the point that just when we feel we have gained some sort of balance or happiness in our lives, something small can come along and destroy that all in such a small moment in time. It could be argued that Broken, is a little like a soap opera in that the characters lives are so filled with drama but instead, I believe Norris is making an inherent point about all reality, where there is always something to deal with.

The film sets up instantly the traits of the characters, especially how Mr. Oswald is a horrible, nasty man who does all he can to protect his daughters. What he doesn’t realise is that they are just as nasty as him and this begs the question as to why they have ended up the way they have. Was it due to not having a mother figure around, the way their father is, their environment or were they always going to end up vindictive bitches? Due to the girls poor judgements and lies, they force their father to believe that Rick forced himself upon one of the daughters after their father found a condom in her room. It seems for all the class stereotypes in the film; Oswald just cannot believe that any of his daughters are sexually active but surely the Mail preaches everyday about young girls getting pregnant? Broken seems to be an ironic portrayal of a father’s ignorance about the world around him as he tries to keep his daughters locked away under his watch. When he starts to lose control, he has to take it out on someone and poor Rick ends up in the firing line.

Another aspect of the film is how it deals with mental illness. Rick is broken himself, much like all the other characters with their own fatal flaws and issues, Rick has been affected by the world around him. He is beaten down and once he is down there, he is kicked by others words and actions. Oswald’s daughters throw venomous accusations his way and he starts to lose a basic grasp on reality. Although he was possibly a quiet, lonely guy before the attack; once it happens, it makes him even more insular and he blames himself for the attack – in other words, he believes that he is the reason it happened. He may not have touched the girl, but it was always going to happen. He finds himself so odd and unable to become socially acceptable. Broken in one way in a character study of what happens when you lose everything mentally, and you have to try hard to find yourself again. It takes a lot of courage and help from those around you and Rick doesn’t manage to return. 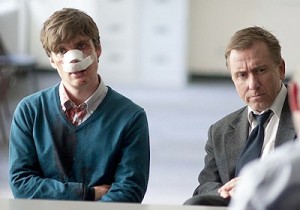 The directing is one of the intelligent and fascinating I have seen in years; Norris actually takes the time to learn about his characters. Although the film is filled with close ups, I didn’t feel like I was intervening unnecessarily on these characters lives. As a theatre director, Norris has learnt to find interesting ways to expand on his characters on stage and make them believable – he has carried these techniques onto the big screen. It was an intimate piece, with few locations and few characters, all of whom we get to know very well. We see many of them outside in their public lives, just trying to negotiate their ways through the day in front of others, forever scared of being judged. But we also watch these people at home, privately, away from the world and locked up in their own cages, where they pray for a moments piece. When that doesn’t arrive, the characters find themselves taking part in the spiral I mentioned earlier, which would forever taint the road and break down many of its characters. The camera is exploratory, it spends time looking around and admiring the surroundings; the audience are never confused about where they are and Norris appears to have a very strict and traditional form of filmmaking, where he admires the locations. The film is stunningly shot, in a gentle glow, by cinematographer Rob Hardy.

Returning back to where I originally started, British cinema in my opinion has produced some of strongest and most interesting pieces of cinema in the world. Many would argue that it’s a dark and depressing cinema but instead, I would say that it is a cinema of hope and expression. Depending on what era of British cinema you are watching, and ultimately what part of the country it was made, it could be saying different things. But the American’s have the American Dream, where anything is possible – I think British cinema is similar, it is saying that anything could happen. That despite all the drama in the world, people to come together to fight for what they believe. Broken appeals to this mantra in my eyes, people come together all the way to the stunning finale, which you don’t see coming but is one of the most riveting finales in recent cinema. Things you believed before have changed, and your loyalties may lie elsewhere. 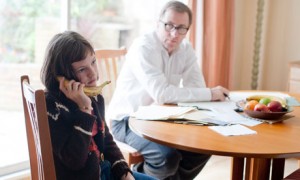 One final point that I would like to touch on are the performances of the entire cast; although there aren’t a huge selection of characters, they do all have quite equal parts. Equal in screen time and in importance, but there is not one performance in the entire film, which lags or stands out as any less brilliant as the others. In particular, I loved Eloise Laurence, who plays Skunk. Her acting showed so much promise for the future; she really tugged on my heartstrings, she was kind natured, innocent and yet in the know but remained the entire time extremely real and believable. Roth, Murphy and Kinnear also perform some of their strongest acting I believe I have ever seen – they each sweep the audiences away in their words during their scenes and show men who try to deal with real drama.

I would highly recommend Broken as it felt so real, it emotionally affected me and made me believe in each and everyone of the characters. It was a beautiful film, which showed British cinema at its best and speaks on so many levels, that whatever your point of view, you are sure to be affected and involved.