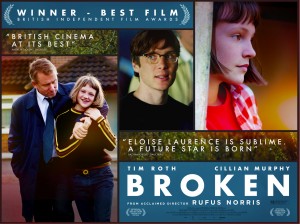 The British Independent Film Award (BIFA)-winning Broken (released 8th March) is comprised of an impressive ensemble of acting talent. A number of the film’s main cast have had roles in hugely-popular films, and here we profile each one’s impact on the Hollywood blockbuster system – past, present and future.

Tim Roth
London-born Tim Roth made his presence known in Hollywood with his appearance in Quentin Tarantino’s seminal debut Reservoir Dogs (1992), later re-teaming with the director for 1994 modern classic Pulp Fiction, in which he played Pumpkin opposite Amanda Plummer’s Honeybunny. There’s no doubt these paved the way for Roth’s BAFTA-winning not to mention Oscar-nominated) turn as the evil Archibald Cunningham in Rob Roy (1995). After turning down the chance to play Severus Snape in Harry Potter and the Philosopher’s Stone, the next high-profile role came in Tim Burton’s remake of Planet of the Apes (2001). More recently, Roth starred as the antagonist in The Incredible Hulk, and was the protagonist in popular US show Lie to Me. Roth has successfully managed to balance a career comprising of smaller, more personal projects and popular blockbusters.

Did you know? Tim Roth turned down the role of Severus Snape in Harry Potter and the Philosopher’s Stone so he could star in Planet of the Apes; the role then went to Alan Rickman, the actor JK Rowling had in mind.

Irish actor Cillian Murphy is fast becoming the character actor of this generation;  Murphy’s career picked up the pace following his 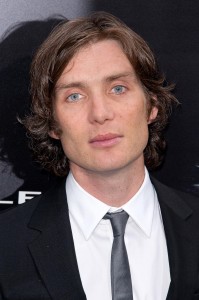 lead role in Danny Boyle’s zombie horror 28 Days Later…, but once Christopher Nolan cast Murphy as Dr. Jonathan Crane in Batman Begins (2005), his career truly rocketed. Another villain role that same year in Wes Craven’s Red Eye followed, with both Boyle and Nolan re-casting him (for 2007 sci-fi Sunshine and cameo appearances in The Dark Knight (2008) and 2012’s The Dark Knight Rises) – not forgetting his performance in Chris Nolan’s mammoth hit Inception (2010) as businessman Robert Fischer. A cameo in Tron: Legacy and an appearance alongside Justin Timberlake and Amanda Seyfried in thriller In Time has solidified Cillian Murphy as a Hollywood presence to be reckoned with.

Did you know? Cillian Murphy originally auditioned to play Bruce Wayne in Batman Begins; Christopher Nolan was so impressed he cast him as Crane. 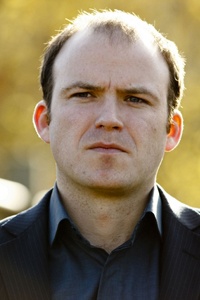 A former member of the Royal Shakespeare Company, Rory Kinnear has built up an illustrious career in British theatre and television, with his Blockbuster experience aptly coming in the form of a British tent-pole: James Bond. His appearance in Quantum of Solace (2008) as M’s aide Bill Tanner inevitably led to Sam Mendes enabling Kinnear to reprise his role in 2012’s Skyfall.

Did you know? Rory Kinnear not only starred as Tanner, but provided the voice-work for the character in several videogames also. 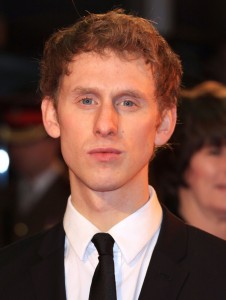 Robert Emms
Cited as Screen International’s ‘Star of Tomorrow’ in 2011, Robert Emms is building up an impressive list of small, butmemorable performances in well-known films. Roland Emmerich’s Anonymous and Steven Spielberg’s War Horse were his 2011 film appearances, with the following year presenting roles in the Julia Roberts-starring Mirror, Mirror. This year, Emms wills be seen in Kick-Ass 2, the sequel to Matthew Vaughan’s 2010 cult hit.

Did you know? Preceding his appearance in the film, Robert Emms starred in the West End production of War Horse.

Bill Milner
Bill Milner’s role in the memorable Son of Rambow (2008) led to his casting as a young version of Magneto in Matthew Vaughan’s X-Men: First Class (2011). Broken is another stepping stone towards what is sure to be an impressive career.

Did you know? This isn’t the first time Bill Milner has starred alongside Tim Roth; that was in 2009’s Sky1 fantasy drama, Skellig.

Daniel Clay’s debut novel BROKEN inspired the major new film by acclaimed director Rufus Norris. BROKEN is a powerful, captivating and heartbreaking exploration of love in all its many forms: idealised, unrequited, and, ultimately, unconditional. With some light comic touches and a brilliant central performance from newcomer Eloise Laurence, as Skunk, this coming of age story deals with the tumultuousness of growing up in a world where the happy certainties of childhood give way to a fear-filled doubt, and where a complex, broken world fills the future. BROKEN recently won Best British Independent Film at the BIFAs and features a great supporting cast including Tim Roth, Cillian Murphy and Rory Kinnear (who also picked up Best Supporting Actor at the BIFAs).

To win a copy of BROKEN by Daniel Clay, please answer the following question:

Many thanks to Caroline at Organic for organising.