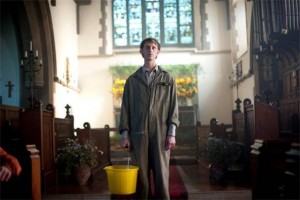 This week I had the chance to chat with Robert Emms (The Arbour, Mirror Mirror, War Horse) who stars in Rufus Norris’ BIFA award winning Broken, which came out on DVD and Blu-ray on Monday.

I was initially interested about what it was like working with first time film director, Rufus Norris, who is best known for his work in the theatre after directing productions including Afore Night Come and Festen. Emms said that he was brilliant to work with because he gave the actors space to do their own thing and that although he knew where he wanted the characters to go and the journey they needed to take, he allowed the cast to work their own way there. He gave ‘gems of gold’ to the actors in terms of notes about performances and characters, which allowed the cast to process what he eventually wanted in the film. He described Norris as a ‘great guy’ and a real ‘actors’s director’ if there was one. He didn’t give the actors the obvious route to finding the emotional core to their characters but also suggested and helped carve out the most interesting ways to play a character.

In terms of what interested Emms about Broken and how he got involved in the project; he mainly suggests it was down to the character of Rick. His agent had received the script but Emms had been away at the time and he had got involved pretty late on in the development of the script and the film itself.  He found an intense interest in the part and the fact that it was a very challenging character to play. The character of Rick takes both an emotional and physical journey in the film that he wanted to be part of, discover and explore for himself. There was also the excitement about working with Rufus, whom Emms had been a fan off previously as well as the prospect of working with Tim Roth and Cillian Murphy.

Which led me onto asking about the cast itself; of course Roth and Murphy are huge names but the film also introduces the brilliant Eloise Laurence as 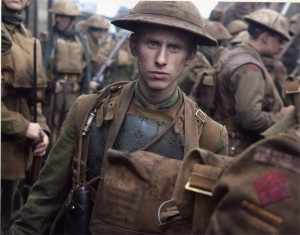 Skunk. I thought it interesting to discuss what it was like playing with this newcomer in the film, especially as she is such an integral part to the story and the success of the film. Emms suggested that he learnt the most from Laurence because with everyone else they were doing their job and that you do learn something from everyone but with Eloise, she was so open and real on set because she was constantly discovering the entire time. She brought an enjoyment to the set and that meant that nothing was too serious and that enabled a simplicity in the filmmaking itself. Emms said he found this simplicity interesting and wanted to take it upon himself and apply it to the way he played Rick in the film. On set, the cast became a family itself.

The film really does spiral upon one gut wrenching scene when Bob Oswald (played by Rory Kinnear) beats up Rick whilst he is washing his car. But what was it like filming that scene? Emms said that they had changed the filming schedule and that the night before they filmed the scene, he was at a film premiere and had drunk a little too much. So when he came into work the next day with a hangover and they explained to him they would be filming the scene when he gets beaten up, he was more than surprised; especially when they had to film it about thirty times! What he found most interesting about the role though was the juxtaposition between the innocence of Skunk and Rick as they talk about the car, to the violence of the beating where everything is turned on its head and the mundane suddenly becomes terrifying.

On the subject of the mundane; it is interesting to note that the film is filled with the everyday but that is one of the most brilliant things in the film as well. Whilst ‘nothing is too melodramatic, it feels like a lot happens.’ Emms says that the film is filled with everyday things that happen like Skunk having a crush on her teacher but when the beating happens, it stands out because it happens to fewer people but it can happen and in varying degrees to people in their lives. He says that Broken is a ‘complex film but simple at the same time.’ That is also one of the most interesting things about where in the canon of British cinema, Broken, fits in because whilst traditionally British cinema is interested in gritty, social realism, Broken is set in a small North London suburb and is about these characters and their relationships with each other. This is where Emms suggests the European feel of the film comes through. 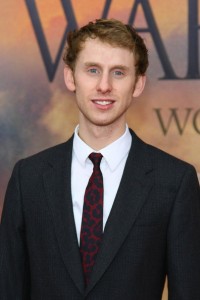 On the question of the representation of mental health in the film and the issues that surround Rick, he is quick to point out that the film never labels the character with a disability but rather it is a discussion about his background and the way he was brought up; being an only child with older parents. It is clear there is something not quite right with Rick but it was more important for Norris to represent the fragility of the character. Emms says there is a ‘thin piece of paper between him and his heart,’ and that he ‘shatters very easily.’ When playing the role it was important to see that Rick is innocent like a child and that Skunk, a younger girl is his best friend in the film. This was ‘interesting to play as an actor,’ when considering how he sees the world.

Already in his short career, Emms has worked with Stephen Spielberg on War Horse and Tarsem Singh on Mirror Mirror, but I wondered what was the magic behind him and how he managed to achieve these amazing roles. He explained that when he was younger he had written to the production of War Horse on stage and said that he wanted to play a part in the show. After auditioning and gaining a part in the production, it was actually Spielberg who saw him on stage and offered him the role in the film. He explains that it was all down to hard grafting and that now it is all paying off. He wanted to make the point that at the start of his career, he wrote to all the people he wanted to work with and that it was his persistence that ensured he reached where he is now. Of course things can happen ‘if you put yourself forward.’

On what is next for Emms – he is due to star in Kick Ass 2 alongside Aaron Taylor-Johnson and Jim Carrey but he is also currently filming a new Saturday night BBC television drama series called Atlantis created by Misfits’ Howard Overman.

Thanks to Robert for taking part in this interview and to Olivia at Emfoundation for helping to set it up.