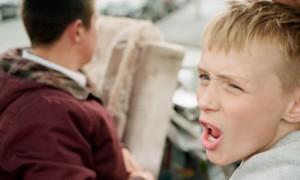 Clio Barnard’s The Selfish Giant is an important and much needed addition to the oeuvre of gritty British drama; something that Barnard is all too aware of as her previous feature, docudrama The Arbour, would show. Barnard’s latest film, which is based upon the story by Oscar Wilde, which provides the framework but little else, is reminder of the intimate and evocative filmmaking, which British cinema is identified around the world with and something, for which she will be remembered for a long time.

This tragic and memorable tale follows two young boys, who are growing up in a working class part of the UK and decide to make money by getting involved with a local scrap dealer. Arbor (the powerful Conner Chapman) and Swifty (Shaun Thomas) try and make the best of what they have; they didn’t have a choice about the situations they were born into but have decided that they would start to make their way in the world as soon as possible and maybe, try and break away from the poverty they were born into. Barnard has a perfect sense of balancing out the private and public sphere’s of the boys lives; examining both what happens in their homes and what they get up to without adults around.

Arbor lives with his mother Shelly (Rebecca Manley) and his brother Martin (Elliott Tittensor); this family set up opens up a wealth of discussion around the traditional family unit and what happens when the father is removed. But The Selfish Giant on one hand is a look at Arbor’s struggle against the world, as well as learning to be a responsible adult. There is not one moment where he does not forget this mother – he wants to get out, but he would take her with him. On the other hand, Swifty’s family set up shows a bully for a father and a weak mother, who cannot stand up for what she wants. This mirrors the almost calmness that Arbor’s family feels at times (although this is roughly disrupted when Martin is in trouble with the local gangs).

The selfish giant of the story is wheeler dealer, ‘Kitten’ (Sean Gilder) who is quite happy to allow the kids to go off and collect scraps as well as steal 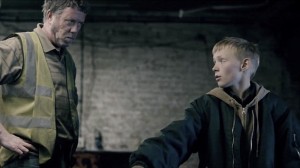 copper wiring, which he knows is worth a whole lot more than the kids receive. But Barnard’s story isn’t quite so straight forward and whilst ‘Kitten’ doesn’t always have the best of intentions, there is an interesting question raised around simply backing off and not bothering. This is shown as Arbor become excluded from school, they altogether give up on him despite his own issues and this leaves him in a very difficult situation. He could remain uneducated and unaware of the world around him, leaving him to become subject to same circumstances as his family before him but it is actually though ‘Kitten’ that he learns about the ways of the world.

Whilst Arbor is much more interested in making a small wage through the wiring and random other odd bits, Swifty becomes interested in one of ‘Kitten’s’ race horses (which features in one of the most thrilling and beautifully filmed scenes of the film). After proving his own determination and skill at riding and controlling the horses, Swifty gradually takes control of the race horse and becomes less interested in the world that Arbor is living in. He sees a clear and productive future, which may actually keep him out of trouble, but Arbor does not see this or rather does not want to and instead this leads to frictions in the friendship. Whilst ‘Kitten’ sees Swifty as a good rider and more importantly, a possible opportunity to make more money, Arbor becomes jealous and left behind – he wants the same attention and will go to any heights to get it. This is what leads to a terrible tragedy, something that the audience aren’t really prepared for but when it hits, it hammers home that it is so difficult to get out of this world.

The performances in The Selfish Giant are powerful and show real insight from both the actors and the director, working together to create these believable characters, whom the audience start to care for by the end. In particular, the two young leads, Chapman and Thomas have such incredible chemistry that their friendship becomes so engrossing and involving and when the drama takes hold and threatens the pair, the audience understand the real tension and reality behind what they are watching and where this could leave the characters. 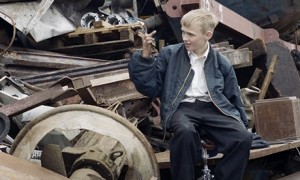 What Barnard does so exquisitely, is her work in the lyricism of the picture; everything in the shot means something and none of the characters do anything without importance behind it. There is a whole history of British filmmaking before this picture, which does the same thing – ranging from the work of Lynne Ramsey, Ken Loach and Terence Davies, all of whom understood about laying meaning into the image and communicating their message through their artistic flair on screen. The Selfish Giant is unlike any other British film from the past few years, it’s hugely provocative, illuminating, beautiful and touching – leaping far ahead in the film game, we await Barnard’s next effort.